Does racketball have a new name?

​“If England Squash wishes to concentrate on squash - which will clearly be to the detriment of Racketball - just say so, don't dress it up and 'spin it'.” The late Michael Keogh, Racketball enthusiast, in an email to Keir Worth CEO England Squash (ES).

The main issue with this is that as Andrew Shelley Chief Executive of WSF points out “current players will doubtlessly still call Squash 57 by its old name”. This immediately creates a problem when trying to achieve “synergy”, within the sport; with the national governing body calling it one thing and the players calling it something else.
The article in SquashMad goes further than this: “Many leading manufacturers claim not to have been consulted and are refusing to change their branding guidelines. With thousands of pounds/dollars’ worth of product already in circulation in the marketplace, they claim that cost of rebranding is prohibitive, as well as being hugely confusing to consumers. Coaches also claim the name might be confusing to newcomers, and club officials are complaining in unison about the cost of changing the name on their signage, club websites, stationery.”

At present here at UK-Racketball, we have no intention of changing the name of the sport. Our goal is to increase mass participation. If ES can provide data and valid arguments as to how this rebrand will achieve this objective, we will lose the name of racketball from our title and urge others to do the same. At the moment I am completely unconvinced by the arguments ES have so far put forward, and so in 2017 there will be a 2017 UK-Racketball Series, a National Racketball Doubles and a National Racketball Championships. We feel that the time and cost of rebranding everything could be better spent promoting The UK-Racketball Series and getting more people playing.

What we have at present is the opposite of synergy within our sport. 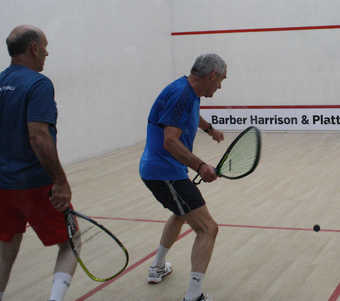 ​The second main argument in the release is that, “Squash 57 will be seen more clearly as a discipline of squash and may even give us greater chance of adding it to major events in future” Andrew Shelley WFS Chief Executive.

I am not sure exactly what is meant by this. It could be that Racketball events will be run alongside Professional Squash Association (PSA) events. There is however no mention of this in the article and if PSA have been contacted and said that this was a plan for the future, why is there no quote from Alex Gough CEO of PSA? PSA is well-run, organized and expanding quickly; will major event promoters include Racketball as part of their program and what is the benefit of doing this? Have PSA said that Racketball will be included on SquashTV? Will we have two separate sets of World Squash Tour Rankings, will Mohamed El Shorbagy be world champion at one form of squash discipline and Tim Vail be world champion at another? The great thing about squash at the moment as opposed to some other sports we only have one ranking list, one England No.1, one World Champion. If Andrew Shelley’s plan is to have Squash 57 in the Commonwealth games alongside squash, will players compete in both or will we have 2 male Commonwealth Squash Champions? Will this make the sport clearer for audiences or make it more confusing? 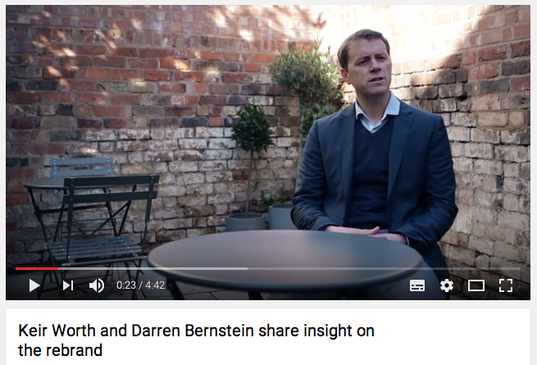 ​One of the most misleading parts of the press release from WSF and ES is the involvement that players and relevant organizations had in the decision making process. In the article ES claim that “Following consultation including a questionnaire to more than 20,000 England Squash members, focus groups, and consultation with other stakeholders including international federations and equipment manufacturers, the new name has been selected.”


When the initial survey was sent by email from the WSF and ES, the release started with “The World Squash Federation, supported by England Squash, are embarking on a project to rename Racketball and are keen to have your input”. It was clear that the decision had already been made to rename Racketball without consulting anyone.

Why have ES not published the results of this survey? If you are sending questions to 20,000 people it would make sense to send a poll. Surely the first question should be “do you think that Racketball needs to be rebranded as a version of Squash?” Personally I cannot understand why this would not have been published alongside the article.

On SquashMad it states that “leading manufacturers claim not to have been consulted”. From my own perspective I run the UK-Racketball.com website and my consultation period was cut short. This was when I asked for data to support claims by Kier Worth that Racketball participation had fallen over the past year. During our correspondence Kier made it clear to me that he accepted “we are not in agreement on the need to rename Racketball”. I am not sure if the other key stakeholders have received a similar consultation but my discussion period began after the decision had been made.

The final argument that is being made in the ES article is that we need to differentiate between US Racquetball and UK Racketball. “The rebrand will ensure that the game is seen as part of the squash family, whilst also eliminating any confusion with ‘Racquetball’, a primarily North American game played on much larger courts with no tin and a different type of ball.”


To conclude I would like to ask another question, what is a name? The Oxford Dictionary gives the following definition "A word or set of words by which a person or thing is known, addressed, or referred to”.

At the end of the day no one can tell you what to call your sport. Do you want a game of Squash 57 or Racketball? In the end you will decide, whatever people call something is it’s name.

From what I have read online plenty of clubs and coaches are annoyed that they have included racketball in their club title and invested in promotional material and websites. I would not be hasty in spending yet more money on a rebrand just yet. Let's just see where we are in a few years. There is a definite chance that the name will not catch on and this change will be abandoned. In the words of one of the key decision makers for the rebrand Andrew Shelley WSF "current players will doubtlessly still call Squash 57 by its old name" so for now at least let’s have a game of racketball.