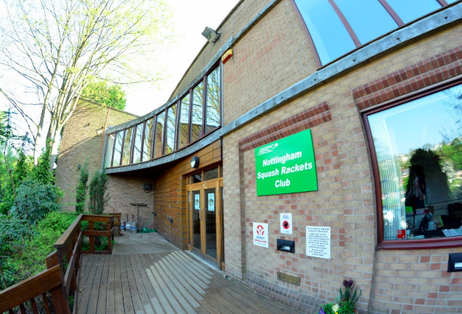 The final event of the 2022 UK-Racketball Series will take place in Nottingham on Saturday the 3rd of December, and this year it has some extra special meaning to us at UK RB. This year the Series Finals and National Doubles will be our 100th UK Racketball event!

This means that we will not only be running the two events as usual, but also celebrating in a big way on Saturday night with a party at NSRC and we would love to have as many of our series participants here with us to join in. Please keep an eye out for more details on the celebtrations due to come soon, but definitely put the date in the diary for what should be a brilliant day of Racketball topped off with a great social evening. This is very much a case of the more the merrier!

Nottingham is the longest standing venue for the UK-Racketball Series with the first event taking place in 2010, since then the club has hosted 11 East Midland Opens, two National Championships and three National Doubles Championships. There is a reason why we keep coming back to Nottingham, it is arguably the best sole Squash and Racketball Club in the county and a brilliant tournament venue. The courts are very well maintained, there is plenty of room for spectators and the bar is cosy and welcoming, with great tournament deals on food and drink.

At the end of the event the presentation will be done for the overall UK-Racketball Series champion. It is likely that as always with multiple grades running all will still be to play for going into the final day. Follow this link to see players standing in the Series and what prizes you can take home!

After a disappointing 2020 in which the UK Racketball Series couldn't be held, 2021 was an opportunity for everyone to get back on court and start competing again. That we were able to hold 7 events in 2021, including the inaugural British Racketball Open, and these Series Finals and National Doubles in Nottingham, is a testament to the community and every last individual who makes these events possible.

We owe a huge thank you to the series sponsors, new and old, as well as the 6 host clubs across the country who helped us put on such fantastic events. It's been a great season, capped off by the series-ending East Midlands Racketball Open and National Racketball Doubles, which saw some fiercely competitive matches throughout the day.

The event kicked off with the largest draw, the Over 60s. Group winners Manuel Costa and Yac Latif featured in a play-off to reach the semi-finals, with Paul Bennett waiting for them. Manuel saw off Yac with a closely-fought 2/1, before beating Paul 2/0 to reach the final. In the top half, Terry Horne beat Graham Appleby 2/0 with some great racketball being played. In the final, 10 years after he won the East Midlands Over 50s, Manuel came through 2/0 to take the silverware for the Over 60s.

In the Over 50s, David Evans dropped just one game on the way to the final, winning his group and getting past Merv Davies in the semi-final. Waiting for him was an in-form Chris Wase, who looked dangerous from the get go and after taking a tight first game, looked to have the match in the bag. A brief comeback from David looked to get the crowd going, but it wasn't to be as Chris closed out the match 2/0 to take the title in Nottingham.

In the Over 40s, Ryan Loska cruised through to win without dropping a game, while in the B Grade Daniel Hindmarch and Chris Burton won their groups to contest the final. Some tight high-quality racketball from both saw a game which swung between the two, before Daniel managed to close out the first. From there, he looked in control, and went on to take the final 2/0. In the A Grade, National Champion Mike Harris headed a strong group, but despite the challenge he still came through to take the title, winning every match 2/0.

The Over 60s doubles was perhaps the closest grade of the day, with 3 pairs finishing within 1 point of each other. Yac Latif/Richard Wells, and Sue Gotham/Simon Dillon finished tied on 6 points each, with the former taking second place by virtue of winning the match between the two. The winners, however, were Terry Horne and Gary Westwood with 7 points, separated only by the extra game scored in the 2/1 defeat to Sue and Simon.

In the Over 50s doubles, Chris Wase backed up his singles title with another for the doubles, he and partner Merv Davies winning all 4 of their matches. They were pushed all the way by runners-up Daniel Fernandez and Patrick Osborn, but the Shrewsbury pair proved too strong in the end. The Over 40s doubles was a similar story, with Marc Thornley/Adam Grilli and Andrew Beel/Steve Smith both winning their first 3 matches to set up a winner-takes-all final, in which Thornley/Grilli eventually came through for the win. The Mixed Doubles saw some big names pair up, with top seeds Luke Bishop/Amber Marshall proving too strong for the rest off the group.

The Open Doubles was set up for a tantalising final, with UK Racketball Series regulars Luke Bishop/Mike Harris seeded to meet the Abbeydale pairing of Adam Auckland/Ollie Turner in the final. The former were relatively unchallenged in the group stages and looked very strong, while Auckland/Turner had to fight a bit harder to come through their group. Ultimately, both pairings came through undefeated, and set up what looked to be a cracking final for the last match of the day.

Bishop/Harris came out of the blocks strong, giving themselves a 3 point cushion going into the final stages of the first game with some solid racketball and very few errors. However, Auckland/Turner weren't about to roll over, and some quality attacking shots from both soon overturned the deficit. Adam in particular showed his class, bringing out some of the shots that took him to 105 in the PSA rankings. After the first-game comeback, an upset looked to be on the cards, and Bishop/Harris had to regroup. Both pairings recognised how crucial the start of the second game was, resulting in a blistering pace and some fantastic rallies. Again, Bishop/Harris showed their experience to keep the errors down and apply the pressure, eventually closing out the second to take the match to a decider. Some early winners from the racket of Luke gave them a lead in the third, and they never looked back, taking the match 2/1 and with it, the title of National Doubles Champions.


Congratulations to the UK Racketball Series Champion 2021: Amber Marshall!
​
Amber's great run today, winning the mixed doubles as well as the Women's Grade was enough to ensure she finished the 2021 Series as Champion.


Special thanks have to be made to event sponsors Colton Packaging, and of course our series sponsors. It was a fantastic day of racketball, and a great finish to a year in which it didn't always look like racketball would be played. Our thanks to every single player who's made this series possible, both today and throughout the year - without you this series wouldn't happen. We look forward to seeing you all again next year, when we hope to run even more events and continue to bring the UK Racketball Series to clubs across the country. 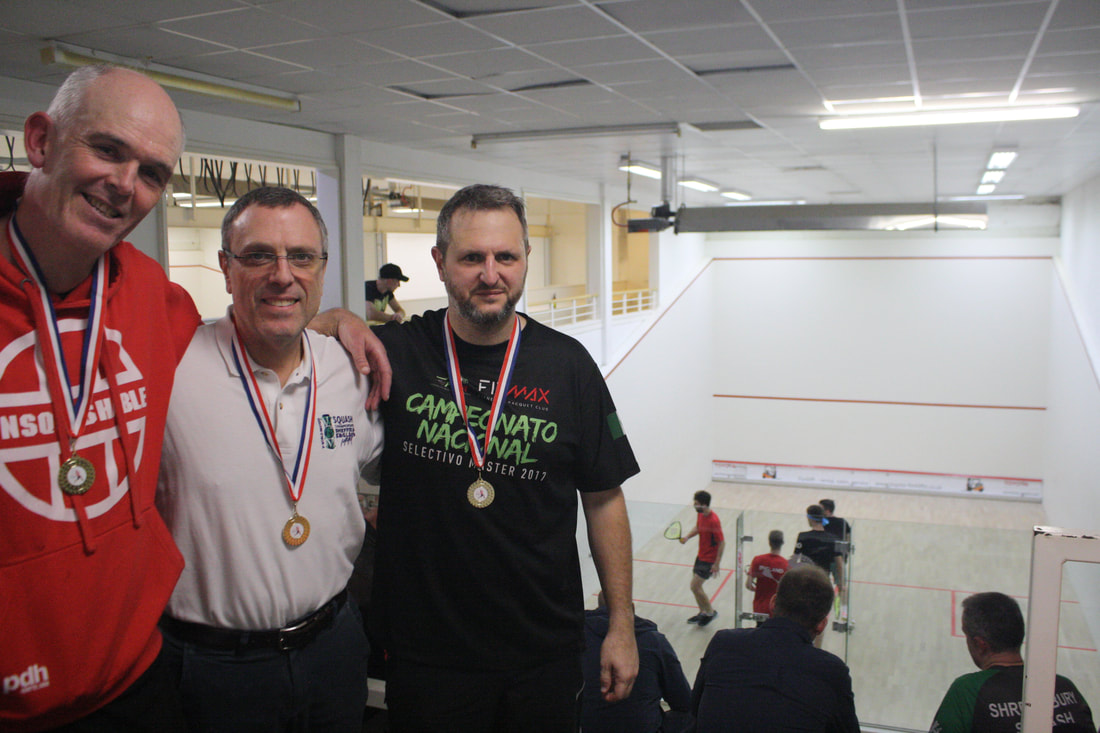