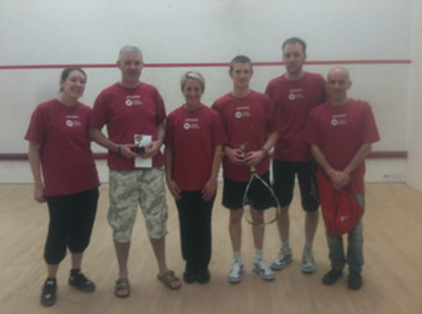 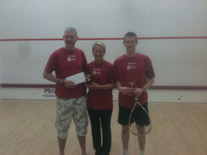 This weekend saw the 2012 North West regional Racketball Championships take place at Liverpool Cricket Club. The Players were not only fighting it out for the prestigious north west  title but also for an automatic free entry into the national championships that will take place in Birmingham from the 4-6th May 2012.

The Men’s A Category was a tough affair, with players from all across the North West battling it out to reach the much coveted final on the Sunday afternoon. The Final saw Merseyside’s Andy Breen take on last year’s champion; Cheshire’s Sean Hunter, in a battle of skill, athleticism and determination. The 5 game thriller saw both players pushed to their max with Sean Hunter eventually prevailing 11/8 5/1111/4 7/11 11/8.

This year the Men’s B and C grade were combined making the competition wide open! The Saturday saw players battle it out for the chance to reach the Semi Finals and maybe even the finals on the Sunday. With the players split into 2 groups the games began; all participants showed a tremendous amount of skill and enthusiasm for the sport but eventually the top 2 players in each group prevailed and the Semi-finals were decided. Sunday saw Cheshire’s Ian Furlonger take on Lancashire’s Jack Gilchrist in the first semi-final in a game of pure skill with Furlonger outing the Lancashire man; winning 11/3 11/5 11/1. The second semi-final proved to be a close call with Cheshire’s Paul Whitby taking on Merseyside’s Luke Mercer in match where every point mattered. The Cheshire man eventually prevailed 12/10 11/6 11/13 12/10. The much anticipated all Cheshire final saw Whitby put up a brave battle against his Cheshire compatriot, but despite this was unable to materialise, leaving Furlonger to take the title 11/0 11/9 11/5. 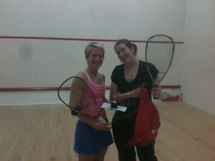 The women’s tournament this year proved to be a family affair with Elaine Gilchrist of Lancashire taking on Daughter in law, Clare Bullock of Cheshire. The final proved to be a game of great enjoyment for the pair; showcasing a huge amount of enthusiasm not to mention some impressive shots. The outcome saw Gilchrist prevail and take the title 11/7 11/3 11/4. 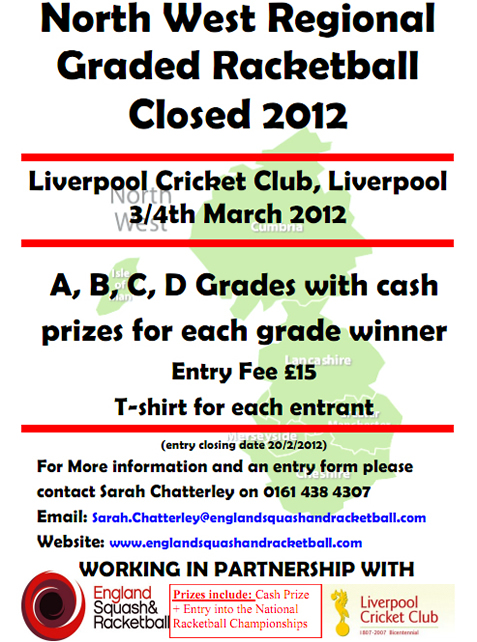