The Nottingham Open Doubles 2022 is now just one month away, and with the entry deadline fast approaching there are now only 16 places left - so be sure to sign up if you still want to play!

This year looks set to be one of the most competitive editions of the tournament, featuring 3 Commonwealth Games Doubles players as well as one of England's Rising Stars, World Number 70 Nick Wall Jr.

There'll be plenty of action in lower grades as well, with the C Grade and Mixed Grade in particular looking highly competitive. There's still time to enter, but with places quickly running out you'll have to be fast if you still want to play one of the most popular events on the calendar.

The first round of entry lists is now online. We've already had nearly 100 people sign up for the 2022 Nottingham Doubles, and there's still plenty of time to enter if you want to get involved.

Once again we're seeing entries come in from all across the UK, so you're guaranteed to get some good matches against new opponents. More details, including how to enter, can be found further down this page.

Check out the current entry lists via the link below. 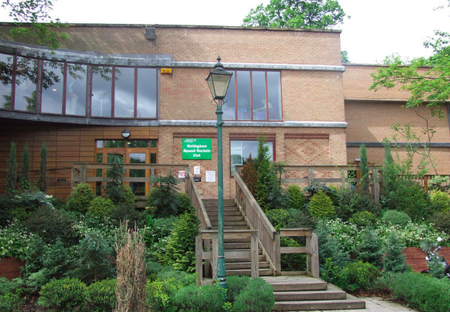 ​The Nottingham Doubles is now established as the most popular doubles event and the biggest single day amateur squash tournament in the country regularly selling out and attracting 200 players.

This is the 27th year that we have been running the competition and every year it becomes bigger and better than ever. Nottingham Squash Club are putting on some food deals throughout the day and some drink offers in the evening.

​There will be a cash prize for the A Grade. All other grade winners will receive a bottle of wine.
​
Nottingham Squash Rackets Club  it is one of the best squash clubs in the UK. 10 courts including 6 glass backs, a gym where you can warm up and a cozy bar situated in the heart of the iconic Park Estate.

All matches are best of three games, every competitor is guaranteed at least 3 matches on the day!
If you are looking to enter the popular events such as the B, C or Mixed grades, please enter as soon as possible to avoid disappointment.

Follow this link to see the results and reports from last years event, our best yet!
https://www.uk-racketball.com/notts-doubles-2020.html

If you have any questions contact Mark Fuller on mark@starsportsdevelopment.com 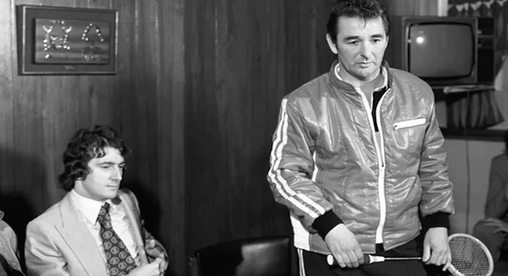 T-Shirts: tournament shirts are £9.50 each and well worth the investment. Quick dry sports material and sublimated print. We will not have spares available on the day so make sure that if you would like a t-shirt you have signed up for it at the time of booking.

Grades: This is an event for all ages and abilities with 6 grades to choose from, A, B, C, D, E and Mixed. If you are not sure which grade to choose scroll down to the "Grades and Squash Levels" section.

Prizes: A Grade cash prize. All other grades winners will receive a select bottle from Weavers Wines (this proved very, very popular last year) as well as Eye Rackets accessories.

Deadline for entry: Friday 11th February (please note that entries might sell out before this. If they do then you will be automatically added to the reserve list)

Food and Drink - the important part 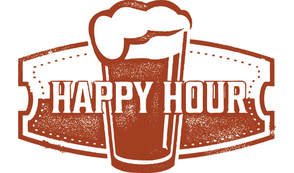 Throughout the day Nottingham Squash Club will be putting on food.
In the evening we will be running a "Happy Hour" during the finals with some great deals on drink. There will be some fantastic squash on display so well worth hanging around to watch and make the most of the bar!

At the end of the day we will be running our traditional boat race. 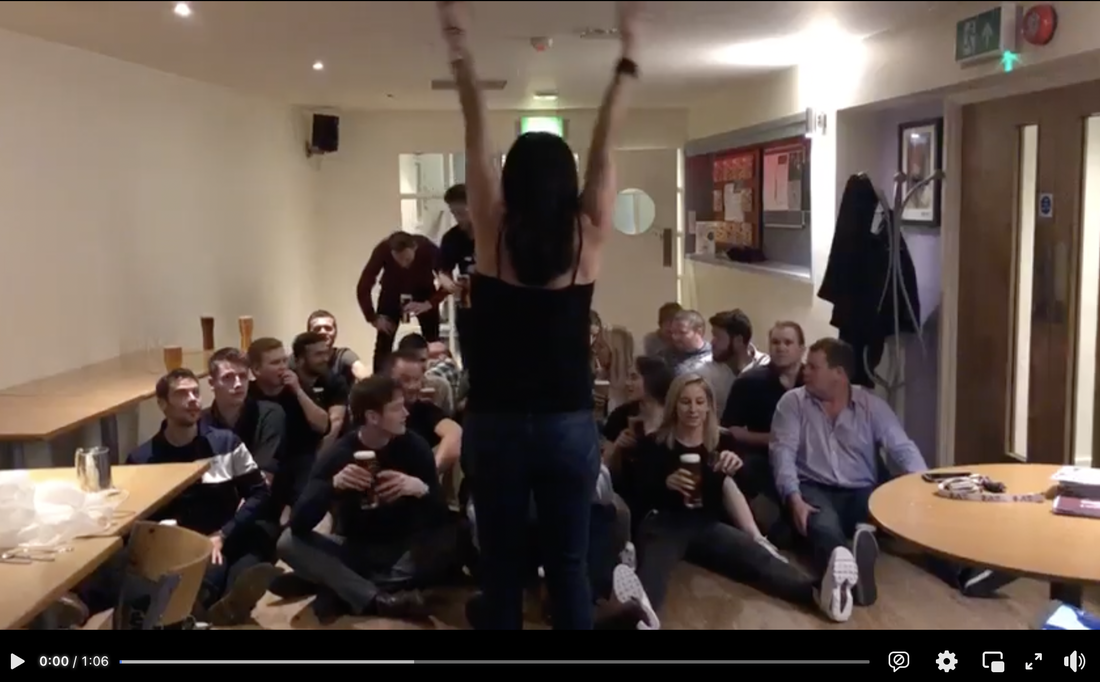 ​The popularity of this event has meant that there has sometimes been waiting periods between matches. This year we will aim to have all C, D and E grade group stage matches finish before lunch. This means that A and B grade matches will not begin until after lunch. All semi-final and final matches will then take place later in the afternoon.

Serving: There will be a 1st and 2nd server. In the first point of a game the 2nd server will serve.

Courts: The A Grade will play on a doubles sized court. All other grades will all play on standard sized squash courts. This includes the semi-finals and finals.

Strokes and Lets: Strokes will only be awarded if the ball hits a player or if someone is deliberately blocking and obstructing play.

Timekeeping: Everyone must be aware of the times that they are on court. It is your responsibility to find on when you need to be on
court.  Please be aware that some courts can run faster or slower so make sure you are aware of who is on court before you. Unless a genuine reason has been declared to the tournament organiser the following rule will be enforced: For every 5 minutes late on court a game will be awarded against you.​

Download File
Note that the file above is the entry list from 2020, this is not this years entry list
Select the grade that you would like to enter. For the most part we will stick to this however if some grades sell out then we might need to move players into different grades. We will use SquashLevels to help us do this but will still use subjective judgement as SquashLevels, although accurate in many regions is not completely accurate across all regions.

There might be a situation where players in a lower grade do have a higher SquashLevels than a player in the grade above.

There are a couple of reasons for this. The first is that I will not drop players down by more than one grade (they might have doubles specialists and squash levels only takes into account singles). I have taken into account how early people entered as I think that this is fair. I hope that this all makes sense, where possible I have tried to keep people happy so that everyone has a great time on Saturday!

The most frequently asked questions that we receive are around timings, when the day is likely to start and when you are likely to finish. Until all of the entries are in it is obviously impossible to know how much time the event will take up but if it mirrors 2020 below are the main timings.

Grades C,D and E: 9:00 start with group stages finishing by roughly 14:00 - players will then go into a knockout, once a team has lost they will be finished.

​Grades A and B: Start around midday
Mixed Grade: Start at 9:00 with the group matches running throughout the day.

Tournament finals, if you make it all the way and the presentation is likely to be around 20:00

At the bottom of the page is links to the previous years events, this will give you a good idea on how everything has shaped up in the past.

​The return of Peter Marshall and Simon Parke 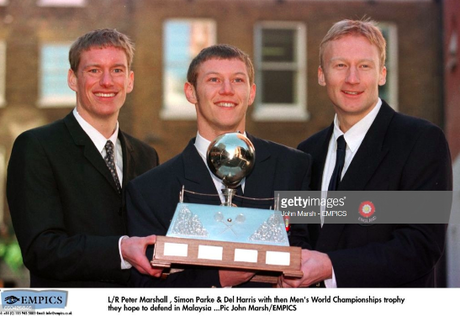 Two squash legends are set to make their annual return to Nottingham Squash Club for the Innes England Nottingham Open doubles. Ex World no.2 Peter Marshall and ex World no.3 Simon Parke will form a legendary squash doubles pairing and take on the young professionals in the A Grade.

Peter Marshall
With his unique double-handed playing style, Marshall finished runner-up to the great Pakistani player Jansher Khan at the World Open in 1994 and the British Open in 1995. When he reached the World No. 2 ranking behind Jansher in November 1994, many observers felt he seemed a strong candidate to displace the aging Pakistani champion as World No. 1. However, in 1995, Marshall was afflicted with glandular fever, the effects of which meant he was unable to play top-level squash for two years.

Marshall returned to the professional tour in 1997, re-claiming his place in the England squad which went on to win the World Team Squash Championship title in Malaysia. He broke back into the world's top-10 in 1999, and won his third British National Championship title in February 2000. He was protecting a remarkable record, having been unbeaten in that event since December 1989.

The Nottingham Open Doubles is running at it's traditional home this year. Nottingham Squash Club.

The Nottingham Open Doubles "takes over the club for the day".
With 10 high quality squash courts including 6 glass backs and 2 doubles courts Nottingham Squash Club is the ideal venue to host the biggest doubles event of the year!

Weavers Wines are returning as a sponsor for the second year running. The 2018 winners greatly appreciated their Weavers Wines prizes with one winner heard to comment "this is going to to be of much more use than a racket..."

Weavers Wines is located a 15 minute walk from the squash club in the town centre and well worth a look if you find yourself in Nottingham. For more information and to find out how to order online follow this link... ​www.weaverswines.com/ 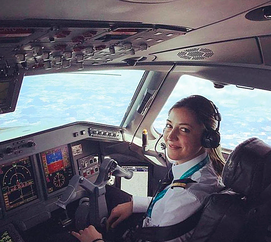 Average career earnings between £4 to £4.5 million

Over the next 20 years the world needs to training an additional 700,000 pilots