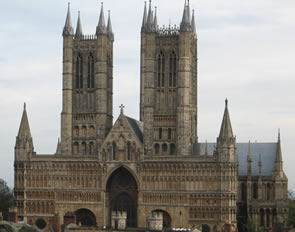 The first ever Lincoln Open Graded Racketball tournament was held at Lindum Squash Club over the weekend of 26th/27th April.

Organised by Lindum Squash Club, with Phil Hiatt as Tournament Director, the event was a great success, even though entries in some categories were a little disappointing.

There was some excellent racketball played, with entries from all over the country. The first matches started at 10am on Saturday and continued right through to the finals and presentations at 2pm on Sunday.

John Marshall from Lincs FM, who had entered the tournament, and won his first round match, kindly presented the awards.

The Soul Solution Evening was a great success, with a full house, raising £500.00 for Breakthrough Breast Cancer.

It is hoped to make this an annual event, so look out for news of next year's tournament!

We would like, once again, to thank all the generous sponsors who made the event possible.

UK-Racketball were at the event battling out in the intense heat over both days whilst enjoying the atmosphere. They managed to take photos for almost every game so checkout the gallery to see the action. Overall it was a great event and definitely one to put in the diary for next year!!

The Results were as follows: