​On Sunday 7th April the county of Essex held their first ‘Racketball/Squash57’ Championships in nearly a decade. It was a hugely successful and packed day with over 40 competitors from 10 clubs challenging for the 6 titles on offer with a whopping 16 competitors in the o50’s. 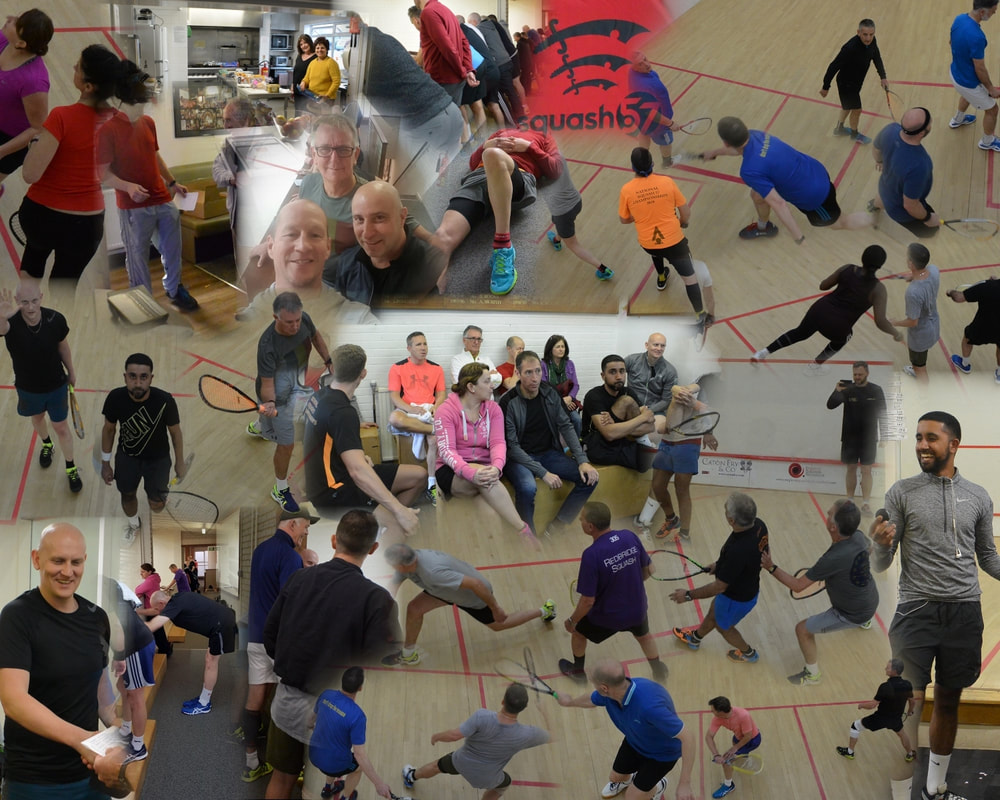 Men's A: A very competitive competition that was rightfully staged on the show court with a hugely entertaining final: https://www.youtube.com/watch?v=ydxOkXM51xQn
Men's B: Russell had beaten Chris 2-1 in the pool matches but in the final, possibly thanks to Russell having played 4 additional O50 matches, Chris got the better of Russell in another close 2-1 match
Women's Open: The women’s competitors from an original 4 categories were combined into a single pool and Mel, the new kid on the block, beat squash legend Averil to claim the Ladies Crown
Over 40's: The experienced Adam Grilli took the O40’s title in what was the smallest pool of the day though he had to fight hard for his crown
Over 50's: In the semi-finals Patrick needed all his experience to get past Russell in straight games but Dave was not so lucky and needed his experience and more to get past Marc Thornley 2-1. After a tough start to the final Patrick pulled away to a 2-0 victory
Over 60's: The best O60 player on the day proved to be David Worrall but his Essex accent was not strong enough and Akhtar was crowned with Rob, who spent all his spare time on the day coaching tennis and football, being the official Essex Closed O60 RU 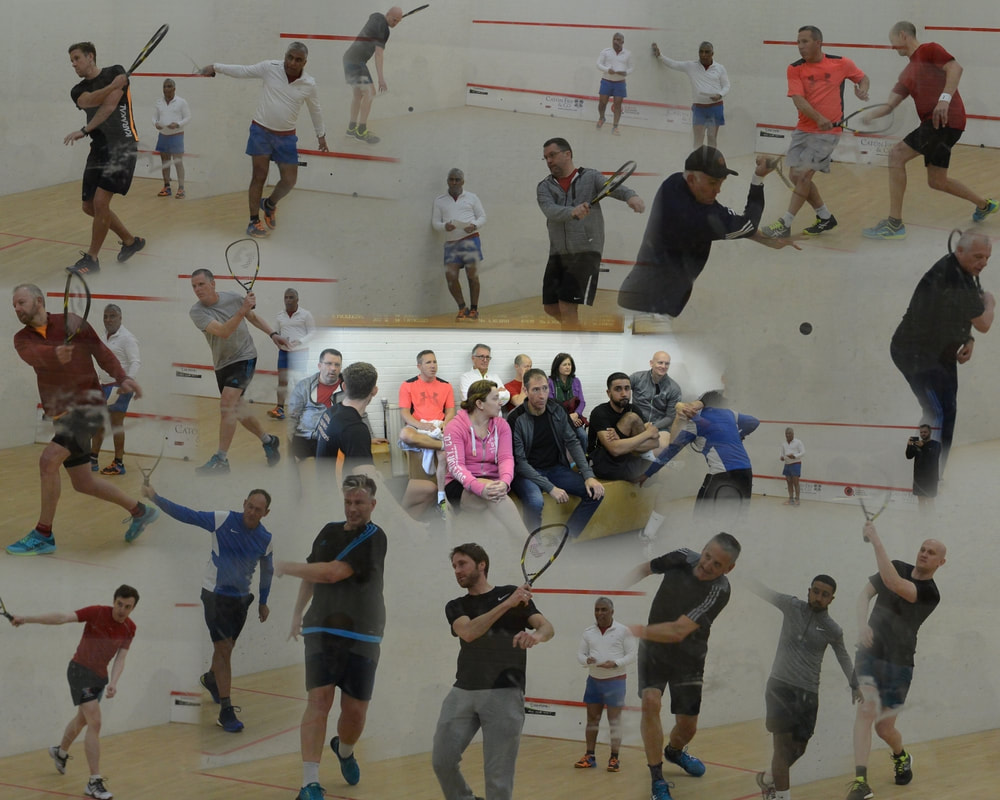 ​A huge thank you to our many and varied direct and indirect sponsors.

Karakal
Has a long and proud history with sq57 and have been a very generous sponsor, not ‘just’ for this Essex Closed but offering Essex help with our Inter-County teams for the upcoming June Championships in Nottingham
https://www.karakal.com/


Gearbox
Gearbox is a little-known brand in the UK but a huge sponsor in America of, amongst other sports, Racquetball. Gearbox shipped us products / prizes that we made use of in our Gearbox Raffle and what proved to be a very popular Speed Gun Challenge (https://www.youtube.com/watch?v=OiOQmTGTxMw), the winners of which were Danny Weights with an average top speed of over 115 (https://www.facebook.com/russell.cox.7524/videos/10214782008170874/) and Paul Blom for the consistency of his hitting
https://www.gearboxsports.com/


UK-Racketball
UK-Racketball are the best source for all things racketball/sq57 in the UK and donated prizes to the winners of both Open events
http://www.uk-racketball.com/

Finally, a big thank you to the team at The Woodford Wells Club who spent many hours over many weeks pulling this event together and to the club itself and the squash coaches for giving over all the court time for free.