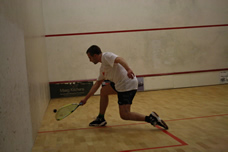 Glorious sunshine greeted the competitors for the 2nd Racketball event of the  season in The Harrow UK-Racketball Series at Limpsfield, Surrey, on Saturday 26th May, where 85 players lined up to contest the 6 different titles on offer.

The Ladies event was a round robin event with 2 groups of 3, the winners of the groups progressed to the final with the other competitors playing off for placings. 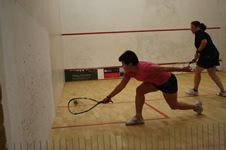 Jo Moseley and Katherine Milne came through their groups to contest the final, Milne started quickly and wrapped up the 1st game before Moseley got into her stride as she did in the closely fought 2nd, however Milne held on to take the game and match on the tie break to give her the Ladies title.

The beginners event was an all Limpsfield affair and from a 32 draw Colin Bruncer came through to play Jonathan King. The exhaustion of the day finally caught up with Bruncer and King won his home clubs beginners title to be crowned Limpsfield beginners champion joining Milne as the first two titles went to the home club.

The B event boasted a good 16 draw as Jack Pearse progressed to the final to take on another Limpsfield player Mike Willmor who reached the final at the expense of B grade regular Dave Herron.

Three on the trot wasn’t to be and after a titanic match which went to 3 games Jack Pearse took the B grade title back to Norfolk to stop the Limpsfield run of titles. 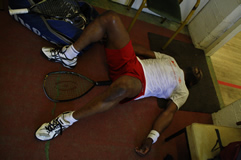 Meanwhile on the glass court the A final was taking place between Elliot Selby and Limpsfields Ted Jeal. Jeal had put out multiple series winner and top seed Tom Phipps in a fantastic advert for Racketball at the group stages which went the distance and he was now aiming to give Limpsfield its 3rd title.

Selby was out of the blocks 1st snatching the 1st game catching the local hero on the back foot, In the 2nd Jeal who was enjoying a good run of form of late having been the only player to take a game off National champion Tim Vail at the recent National championships fought back to take the 2nd, some 15 minutes later the 3rd Limpsfield title was realised as Jeal clinched the 3rd game to add to his number of series titles.

The O50 event saw a higher standard as younger players new to the age group were coming through, notably Pat Osborn recent runner up at the Nationals, he progressed to the final untroubled, awaiting him was Trevor Grant who won his group on a 3 way count back by ONE point then progressed to knockout multiple event winner Nigel Millington to set up a final meeting with Osborn. Osborn started the stronger wrapping up the 1st game comfortably, Grant did not have any reserves left in the 2nd and Osborn collected his 1st series title and looks a force to be reckoned with in the O50s. 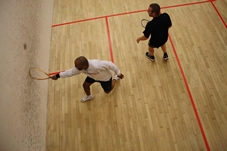 Finally the O40s saw Buzby Williams reach the final after over coming Jason Russell in the semi final in what was for me the match of the tournament along with Phipps/Jeal, both players didn’t give an inch and Williams prevailed in the tightest of finishes.

In the final he met Rob Hambrook who played great Racketball to take out event favourite in the semi final Marc Thornley. 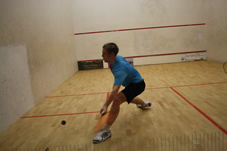 The final saw Williams continue where he had left off in the semi and his steady error free Racketball was paying dividends as he took the 1st.
Hambrook regrouped and after some brutal rallies in the middle of the 2nd forged ahead to set up the decider.

Williams never looked back, built up a healthy lead and held on for the title after a tough days Racketball and his 2nd series title.

A great days Racketball for all involved with the next event in the series being at the Devon & Exeter club on 30th June, we look forward to seeing you all there. 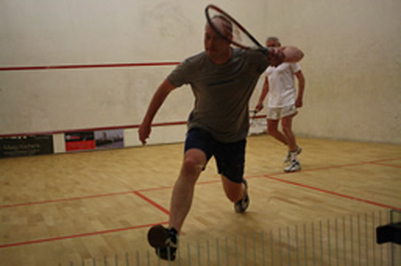 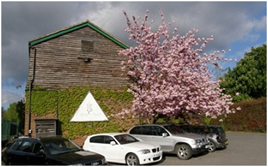 Limpsfield LT&SC is situated in the attractive Surrey village on the – Kent – Sussex borders on the outskirts of Oxted.

Limpsfield LTC has six Squash courts. One has a glass-back plus tiered seating for spectators, and the remaining five have viewing galleries. All courts have heating/cooling systems for safe and condensation-free playing conditions. 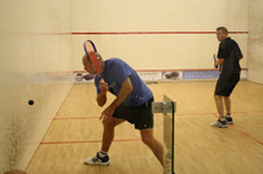 This venue will be hosting the first UK-Racketball southern event of the 2012.  With a proactive committee and thriving Racketball section, the event in May is eagerly anticipated.

Limpsfield has several squash teams in the Surrey league including the PSL. With a local sponsor and many keen members willing to help on the day, this year’s Limpsfield Racketball Open looks like one not to miss.

Limpsfield have also provided a bar menu for the event which is as follows: 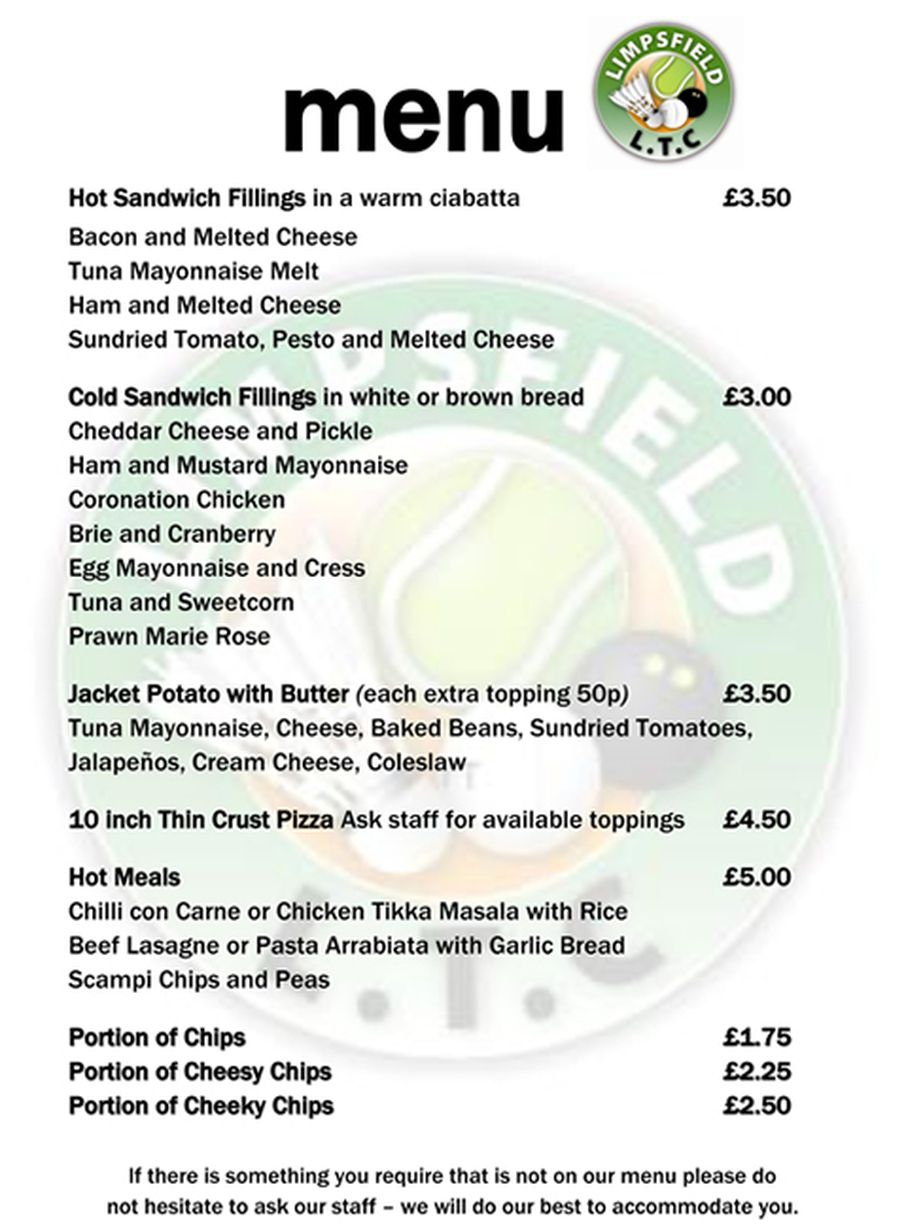 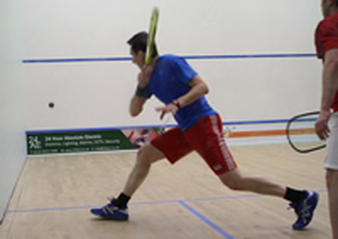 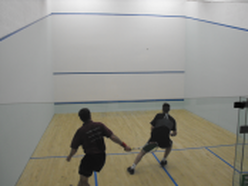 The club also offers table tennis and Badminton and has attractive grounds, a welcoming bar and a large screen TV. Outside they have a large patio area for the members to enjoy.