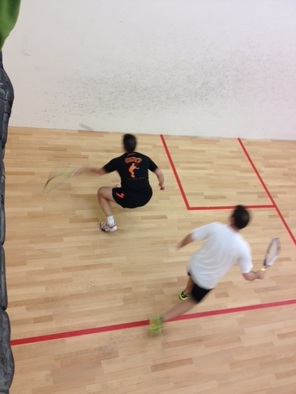 Head to our Facebook page for all the photos from the event.
Results are recorded in full below after the reports!

Group A kicked off with Ted against Lee in a quick fire match resulting in Ted taking the win. Teds next match proved to be a tighter one against Adam, showing strong perseverance Ted just managed to come out on top.

Group B was a very close affair with all players scoring two points each. This took things right down to the wire and Dan Soar came out on top on points difference.

The final saw some great racketball skills with Ted’s natural flair taking him through for the win to claim the Limpsfield A grade title.

This left a formidable three finalists to play it out in a round robin for the win. Ian stamped his authority and took the win with Wayne Scott coming in second. 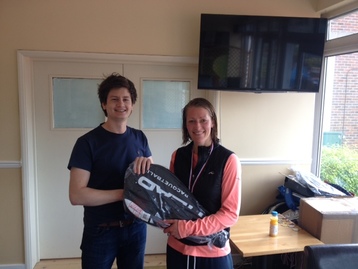 Group A saw Zoe executed a perfect performance with three strong wins all 2-0 to take the first spot in the final. Likewise a determined Sam Mueller took the win in group B to claim her spot in the final. With both finalists fired up and keen for the win it looked like it was going to shape up to into an epic final. It did. Both players put in a top performance with a high paced game moving the ball around the court well. In the end it was Zoe who just came out on top and took the win to claim the Limpsfield Womens Title.

The 40s saw a strong group of five players battling out in a round robin for the title. Both Rob Lewis and Marc Thornley proved to be the dominant players and where the ultimate showdown would come. After two intense games between Marc and Rob the score was even bringing the title right down to the wire with everything resting on the last match. It was close all the way through right to the end with Marc easing out Rob to take the win and the group by just one point difference. 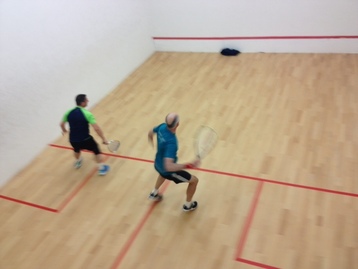 A large over 50s field with great talent and depth was always going to be a challenge for all players involved. With 4 groups, semi final and final the rout to the final would be tough for all players. After the first round battles the semi finalist matched were Mark vs Lee and Darren vs Trevor. Both matches were won 2-0 with Mark beating Lee and Darren beating Trevor. Ultimately it was Darren that managed to last the distance and he took the 50s win 2-0 with a great performance.

In the 60s there were two groups moving though to a final. Both groups were stormed by their winners without dropping any games along the way. Graham Bonnett won group A and Ian Graham won group B to set up a great final. After two awesome games Ian Graham came out on top to take the 60s title 2-0.

Draws and schedules are out for this weekend. The new system of limiting the entries to 60 is working well we have a 9:00 start but are hopeful that we will have everything finished for around 18:30. As always any problems call me on my mobile 07846 067505 or email me mark@starsportsdevelopment.com

We are at 60 entries again so fully booked heading into Limpsfield.
Click on the entry PDF's below to see who is in. I have included the currant National Rankings next to the entrant names! 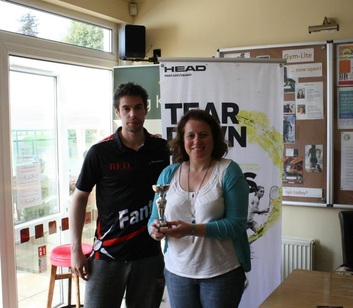 Limpsfield will again be hosting the first UK-Racketball event of the year in the South of the country. This will be the fourth year in a row that the Series has come to Limpsfield and there is a reason why we keep coming back, a lovely club.
Last year saw over 80 players taking part and the club finished second on the poll of our most liked club in 2013.
With a proactive committee and thriving Racketball section, the event in May is eagerly anticipated.
Limpsfield local players picked up several home titles at last year’s event and it became known as the ‘Maker of Series Champions’; Ted Jeal opened his account at this event on the way to becoming 2013 UK-Racketball Series Champion and winning the Series ever since. 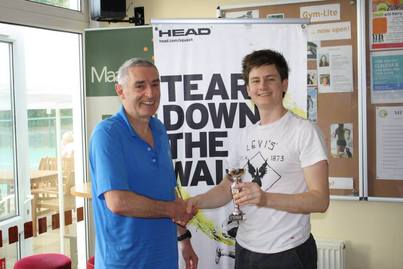 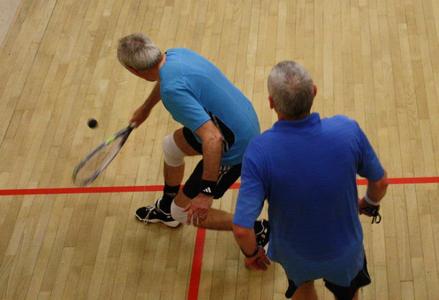 Last year the club had a bar menu on offer for the event that was incredibly good value. It included hot meals, pizza’s, jacket potatoes and sandwiches and hopefully it should continue this year.

The Limpsfield Racketball Open has run successfully for 4 years now. Follow the links below to see what happened.