It was a very tightly contested group A with Mark Burnley coming through as the group winner, but he was pushed all the way by Giles Cook and Lee Sadler who both finished second on four points.

In Group B it was local boy Matt Sagar who almost came through the group; he finished on five points. Kasey Hall, a veteran of the UK Racketball Series and often a winner of the B grade, came through in third place. It was Martin Humphrey who managed to win the group, despite dropping a game to Matt Sagar and Kasey Hall.

In Group C, local man Andy Wood came through as the group winner. He was pushed hard by Gavin Burton and John Lund, who came in second and third respectively. John Schofield finished on three points and Simon Jackson finishing on zero.

Final group. Group B's winner, Martin Humphrey, struggled against Mark Burnley and Andy Wood, and failed to take either of the two in game despite two hard fought matches. Mark Burnley then became unstuck for the first time that day against Andy Wood who had come through the bigger of the groups on the day. Andy Wood managed to win the winner's group without dropping a single game and completing a six games unbeaten streak on the day.

In the A Grade, it was Mark Tomlinson who came through the group unscathed despite being pushed all the way by Helen Cann. In group B it was Lee Sadler who came through the group with wins over Matt Hart, Andy Oldridge and Stephen Widdison. Stephen Widdison came in second after being pushed hard by Matt Hart who finished third.

It was an evenly placed grade, with four players placed in each group. In the top group, John Vaukins came through winning all three games despite being pushed hard by Helen Cann. Helen Cann was eventually beaten by Peter Abrahams in the battle for second place.

In group B, Gary Turner defeated UK Racketball veteran, Graham Greensall 2-0 and managed to overcome threats from Alan Johnson and Robin Padmore to take the group winner position and a place in the final.

In the final it was Gary Turner who once again proved his worth beating John Valkins 2-0 (11-4, 11-8). It was another good day's racketball at Wakefield in the sixth event of this year's series. It's on to Chichester next for event seven. Entries close on 23rd October at midnight.

The Wakefield Racketball Open 2015 will be making it's debut to the UK-Racketball Series this year and we are delighted to have them on board.  This means we now have 9 events on the UKRB Series for 2015, with Wakefield being the second event in the North of the country this year we will be expecting a lot of entries for this event.

The Squash Club is a very friendly and lively club. It is a member’s run club with no full time staff. The Club has 4 excellent squash courts, 3 of which are glass backed. 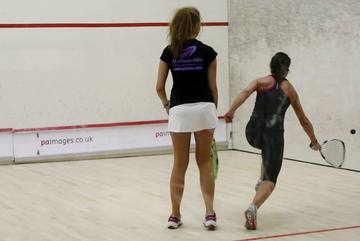 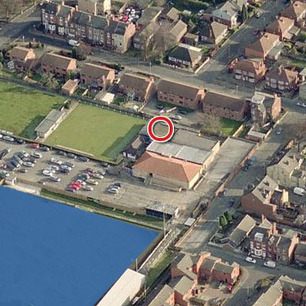