Torquay proved to be another great event for the Harrow UK Racketball series with some of the most heated matches yet. A huge turnout saw some great racketball and some near upsets with no 1 seed Dominic Hamilton having to really fight to stay in it.

GROUP STAGES
Dave Palmer vs Neil Chambers
Peoples champion Dave Palmer took Neil Chambers very close and almost caused a major upset.  Palmer was always a few points behind in the first game with Chambers hard low cross courts being played to full effect and despite desperate defence from Palmer it was touch against pace and in the end pace came out on top.
2nd was level all the way with Palmer taking him into the front with great straight drops and boasts started to move Chambers out of his comfort zone. Chambers that took the game 13/11 but it could have gone either way. “If I would have taken that one I would have really fancied the 3rd” the peoples champion was heard to say.

Dominic Hamilton vs Stewart Perett
Stewart got off to a great start with Dom looking a little ropy from his weeklong Devon holiday. But in the 2nd Dom became more consistent, playing it safer and not going for his usual attacks found a way back into the match eventually holding on and taking the 2nd 12/10 and the 3rd 11/8. A tougher match that I think Dom had planned for the opening round but in the end he was lucky to come through with a win.

Dominic Hamilton vs Christian Turner
Domminic Hamilton had yet another close one in the groups against Christian Turner taking the first game 11/8 and having to save two game ball in the second before eventually sneaking it 13/11. The number 1 seed is still in the draw but im not sure even he knows how. In the last 2 events Dom has only dropped 2 games, he could have lost 4 here already!

Gavin Perrett vs Ben Sutton
Perrett was 1-0 and 9/2 down and looked completely out of the running before a serious change in momentum turned the match around and put him back in the running.  “there was a lucky back wall nick from Ben to go 9/2 up and someone calling out good shot really spurred me on. After I heard that I was like a man possessed, don’t think I dropped many points after that”. (A hangover cure they never mention... an comedian in the crowd)

5th to 8th Playoff
Fantastic game between Christian Turner and Mikes Ypes could have gone either way, great racketball.

Semi Finals
Matt Baker vs Neil Chambers
A good start is vital in the best of 3 format and both players went for the start of the first game like there was only 5 more points to play before the end of the world. It was Neil however that came out on top of these early exchanges only for Matt to fight back while Neil recovered from a knock on his knee, which required an injury time out. Both players were hitting the ball hard and flat with the pace of the match another level over the other matches that day.

In the second the rallies became shorter, both players looked more sluggish as the brutal pace of the first began to tell. Chambers began to struggle with the Baker boast and Matt looked in complete control taking a 8-3 lead. Chambers dug in and with 2 great rallies, fantastic retrieving and an increased pace he managed to claw a couple of points back. But in the end Baker held on and ran out a comfortable winner 11/6.

The 3rd game started the same way as the first, both players looked a little less than fresh but knew they couldn’t allow anyone to get away. With such a fast and attacking game errors began to creep in as both players tried to finish the rallies to early and Baker took a 4-1 early lead.
Then the game lengthened out, with both players cutting out the mistakes. Baker was looking to hold and boast or straight drive and Neil looked content to try and counterattack with a straight drop or cross courts kill.
In the end it looked like Chambers was never comfortable going short from the back and seemed to have no attacking options unless Baker had already given him the opening.  It was Chambers boast that looked to be letting him down, it just wasn’t on today. Whenever he tried to dictate a rally he seemed to make mistakes.
At 9-3 to Baker it looked to be all over, but finally Chambers managed to hit the winners he had lost since the end of the first and fought back to 7-10... however all it took was one more perfect boast from Baker sealed the deal and the match 2-1... 8/11, 11/6, 11/8... Matt said afterwards that that was just about the best his boast has ever been and that’s saying something.

Domminic Hamilton vs Gavin Perrett
Hamilton started a bit sluggish and the game looked finally poised until at 6-6 Hamilton made 4 uncharacteristic mistakes and Perrett had his first game ball at 10-6. Hamilton seemed to find fresh legs with the threat of a game ball and fought back to 8-10 before Perrett slotted a backhand drop to take the first game 11/8 this was going to be good!

In the second Hamilton needed a good start to get back into the match and got it by taking the ball early and with it an early lead. Perrett then fought back and after some brutal rallies ended up narrowly losing the game 11/8.

From 2-2 in the 3rd Parrett really stepped up, looking to volley everything and take the pace as high as he could, Hamilton looked to respond with the same tactic and it made for probably the most intense 5 minutes of the entire tour. There was diving, cross court nicks volley boasts the works. Local hero Gavin had all the support and it really looked like Hamilton was heading for his first defeat on the uk-racketball tour. With a couple of lets that Perrett made his view felt on, the match was on a knife edge and after almost squaring up at 9-9 it was coming right down to wire.
At  9-10 massive fist pump from Hamilton he wants this now but the home crowd are willing Perrett on.
Another great rally at match ball but in the end Perrett just didn’t quite have enough and despite desperate retrieving couldn’t make one more and the match was Hamiltons 2-1. The closest match on tour so far and definitely the best atmosphere, the whole crowd leave frustrated except possibly Anna (Doms girlfriend).

3rd 4th Playoff
Dave Palmer vs Christian Turner
Dave took the first 11/8 only to quickly go 3-0 down in the 2nd. Dave still looked fresh but gave Chritian a few loose balls which he dispatched with his usual pace and accuracy and Christian maintained his lead to go 6-3 up. Dave never made it back with just to many errors or lose balls, he looked to be forcing shots that weren’t really on.

Brutal rally at 4-5 with Dave making a couple of great gets before Turner tinned.
Mistake from Turner for Palmer to get back level at 6-6.
Its all on Turner to get to 7-7 either a winner or an error.
Great nick to go 9-7
8-9 Palmer hits a great roller... whatever you can do I can do better.
Another fantastic get back forhand corner to
Out of court from Turner, just a miss-timed drive
A slotted backhand drop to finish!

Both players went for it, great attacking racketball, no margin for error, great to watch.

Final Dominic Hamilton vs Matt Baker (again!)
Winning when you’re playing badly is the mark of a real champion, Dom did it today and he has another title under his belt, the series trophy must be so close he can almost taste it!

As the tournament is played all in one day we are planning for a 9 AM start (although this could be 9:30 or 10:30 depending on entries) and that the finals will be around 7:00pm in the evening.

We guarantee every competitor will have at least 3 matches.

We hope that you enjoy the Torquay tournament, for details of the club and its location please see below or visit the website at:

Bar with 52" Television and Bar Meals 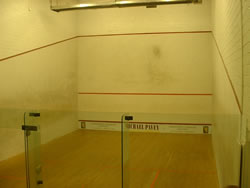 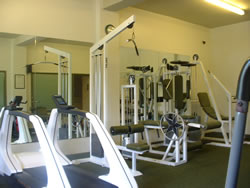