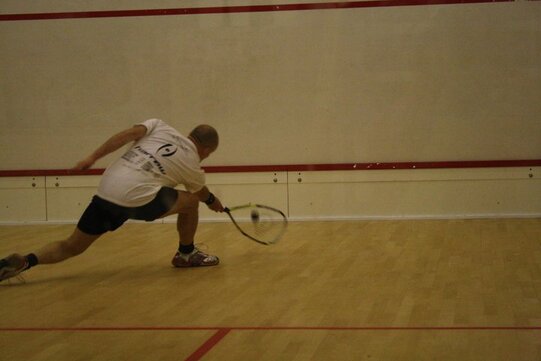 To view the photos from this event follow this link

The biggest tournament so far with over 80 entries and 169 matches played on the day saw some familiar winners and brand new victors at Chapel A.

The Over 50’s competition saw early injury withdrawals from Series favourites which opening up the draw right up from the start. Tony Washington had a good run, beating Louis McLeod and Peter Curwen before being defeated by Peter Edwards in the 1st semi final. Jez Horrocks also made the semi after capitalising on the withdrawal of Graham Greensall by beating Ian Coulson in the quarters. Horrocks then pushed Lincoln Champion Nigel Millington all the way before eventually being beating in the decider. The final saw some top age group racketball but in the end resulted in Nigel Millington taking the title for the 2nd event in a row, beating local hero Peter Edwards 2-0 in the final.

In the over 40’s Mark Webster beat Dave Lord in one of the opening matches which opened up the draw. After the initial box league stage it was Ian Furlonger, Ian Cawthorn and Mark Webster who all came through there groups without dropping a game to make the finals. The deciding match in the final’s group was a tough battle all the way but in the end Cawthorn was just too strong for Webster, picking up his first UK-Racketball Series Title.
​ 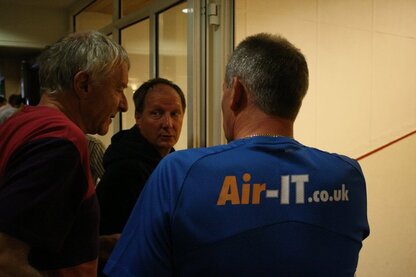 ​Another fantastical well entered B grade competition saw competitors having to win their box league only to have to then win the semi finals box league in order to make the finals. It meant at least 4 matches for everyone and 5 if you were seeking the crown, so as always with the B grade there were plenty of matches. James Healey was unlucky not to make it through against Dave Evens who then saw off Tom Murton 2-1 to make it through to the final. At the top of the draw it was Anthony McCarthy who came through both group stages undefeated setting up the final against Dave Evans.

​The final was close all the way but in the end it was Evans who benefitted from a longer break between matches and came through as champion. 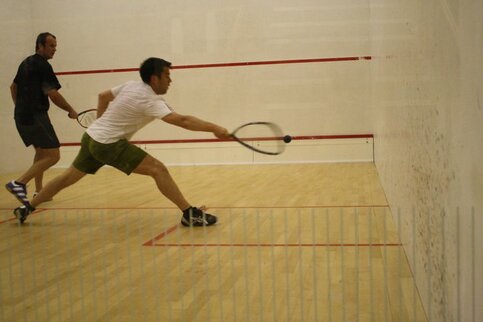 In the A grade there were 4 groups of 3 each of which had a competitor ranked within the top 20 in England as their number 1 seed. The top 3 groups went to seeding with Dom Hamilton, Ben Brown and Tom Phipps all making it through to the semi finals, group D was fantastically competitive with Dan Lawrence coming through despite close matches with Matt Rushby and Ollie Turner. In the semi’s Hamilton was forced into a deciding set by Brown, but Phipps came through comfortably against Lawrence who’s good run of form seemed to abandon him for the semi final.

​The final in front of the biggest crowd at a Series Event yet saw some fantastic racketball with both players looking to attack whenever possible. Hamilton’s home support helped and in the end he was just too consistent for Phipps, a 5th Title for Hamilton who now has a run of 20 unbeaten matches at UK-Racketball Events. 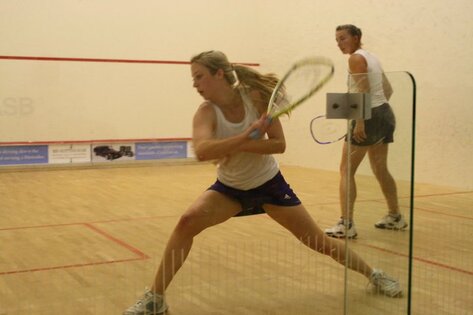 ​The women’s draws at UK-Racketball tournaments are going really well this year but Chapel Allerton was twice as big as the largest event so far with 20 entries for the women’s category alone with 4 qualification matches having to be played before the monrad competition could even begin. In the first round Jenny Slight defeated number 1 seed Jayne Dixon 2-1 with Patricia McKinney knocking out 2 seed Sarah Irwin in another close 2-1. It was a fantastic event with over 40 matches resulting in the final matching the local prediction of Claire Walker against Paula Arrowsmith. In the end the title went the way of Claire Walker 2-0 to take her first UK-Racketball Title.

This was one of the best events we have run so far so a massive thank you to all the competitors who made our lives as organisers easy and another big thank you from us to the club and Peter Edwards for supporting and promoting the event. The next stop for the Series is Nottingham on 13th August!