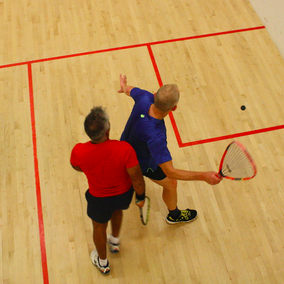 This was the Series’s first trip to Broxbourne a club that has a very strong Racketball community many of which travel around the country playing the tour. Situated in Hertfordshire in the north London Racketball belt the club has a family atmosphere with a relaxed bar, squash on one side and on the other a terrace overlooking the cricket pitches. Perfect for a UK-Racketball Series event.


The women’s draw was the strongest of the Series so far. Two groups of three leading into playoffs meant it was going to be a lot of matches for the win. Julie Manning narrowly defeated Sam Beak to take control of Group A. Jasmin Kalar wasn’t troubled in Group B winning both matches 2-0.

Both group 2nd place finishers made it through the quarterfinals to set up some tough semi finals. The winner of Group A Manning was narrowly defeated by Jo Robinson in the first semi final, Kalar continued her run of form in the second semi final with victory over Beak. The final of the women’s was one of the best matches of the day but in the end but in the end Kalar proved too fast and strong for Robinson taking her first title 2-0 in her first final. 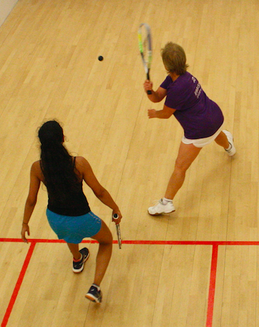 It was one big group in the Over 60’s and it was close. Gordon Lamb defeated Series favourite David Browne but then was narrowly beaten by Stephen Widdison 2-1 and Ian Graham 2-1. Widdison saw off the challenge from David Worrall 2-1 but then was defeated by Graham 2-0. Graham was in turn beaten 2-0 by Worrall. Worall came through victorious with the point he made against Widdison proving decisive. With Widdison and Graham both tied on 6 it came down to head to head so Graham took 2nd place. A good tournament and well fought throughout in the Over 60’s.

The Over 50’s was once again a big draw. Top seed Paul Dodds the victor at Hallamshire saw off the challenge from two seed Mark Banfield but could not hold on against Paul Buckner who went through to the final as group winner with maximum points. Group B went the way of the seedings however with Marc Thornley seeing off all challenges 2-0. It was a tight battle for second place with Julie Manning just missing out to Paul Fennell. The final was always going to be close and it didn’t disappoint. In one of the last matches of the day and with the lights turning off half way through it was Thornley who came through victorious to add another title to his collection. 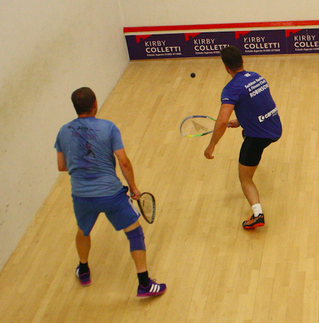 Four players inside the England Top 10 took to the court to compete for the Over 40’s Broxbourne Racketball Open Title. England no.9 Spencer Harris did not live up to his usual high level of form in Group A. Simon Phillps was unfortunate in his match against Justin Jardine being defeated 2-1. On home turf Adam Grilli proved too strong for Jardine winning 2-1 to progress through to the final. In Group B Michael Wardle came through undefeated to face Grilli once again in a UK-Racketball final. On this occasion Grilli at his home club seemed very determined and played some excellent Racketball. A 2-0 score line and a result that will take Grill to within spitting distance of the top spot in the overall Series rankings.

Shane Lord (Group A), Michael Robinson (Group B) and Craig Perry (Group C) all made it through to the final’s group without dropping a game. To win the event you needed to come through 6 matches on the day and in the end only one man managed it Michael Robinson. His first UK-Racketball Series final but from what he has planned the first of many.

​Broxbourne was the third time that the UK-Racketball Series has run a doubles competition and it was by far the best one yet. Group A could have been anyone’s. Sean Brodrick and Gordon Lamb defeated Marc Thornley and Craig Perry 2-0 but were unable to overcome the challenge from Adam Grilli and Amber Marshall who defeated them 2-0. With Thornley and Perry also taking a game from Grilli and Marshall they finished on an equal four points.

Mark Banfield and David Worrall were undefeated until they came up against Paul Fennell and Zoe Mellis. The combination of Fennell and Mellis proved too strong however, they took the game 2-0 and a place in the final. The doubles final was a cracking match, Grilli and Marshall were ahead all the way through but the 2-0 scoreline did not reflect quite how close a match it was and quite how impressive the Racketball doubles was. To defeat Fennell and Mellis you need to be both good players and work well as a team. Grilli and Marshall certainly did, follow this link to Facebook where you can see a small clip of the action https://www.facebook.com/UKRacketballSeries/
​
​Broxbourne was a great tournament a lovely club and friendly atmosphere. A massive thank you to Akhtar for helping on the day. With so many matches and players in multiple grades, thanks in part to the strength and depth of the doubles this was not an easy event to run. Akhtar as always kept on top of everything and saw it through!

There are only 4 events left this season before the Christmas break. Two events in the South at Chichester and then Devon. One in the North at Wakefield and our Series finals in the midlands in December at Nottingham. Spread the word and lets keep the sport and Series growing. 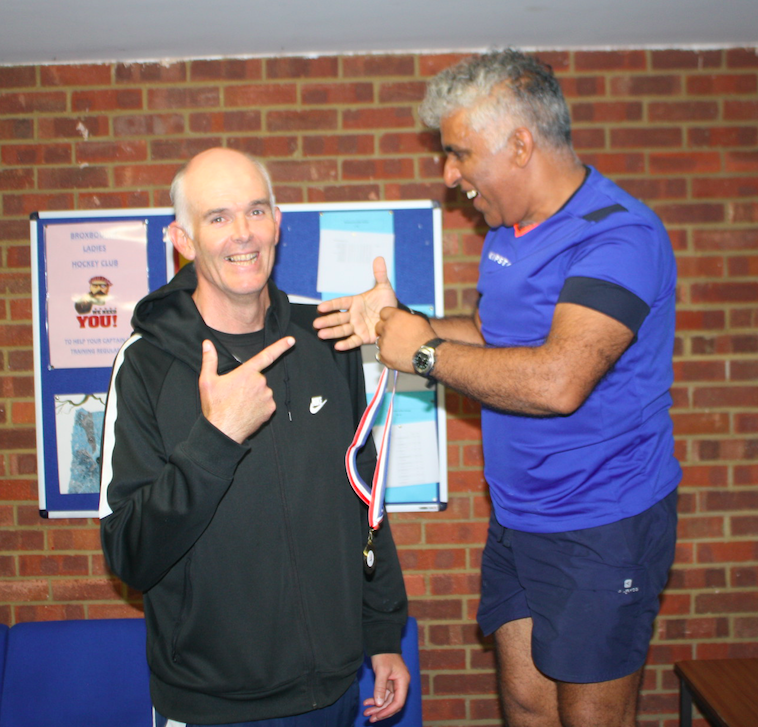 Due to a court shortage that we were not aware of the schedule has had to change slightly. We are able to use court 5 but not for the full day. I have tried to keep start times the same or in some cases they have moved slightly later. Unfortunately the event is now scheduled to finish a couple of slots later than perviously thought. I'm sorry about this but it couldn't be helped.
​
Please open the files for all draws and schedules below and check your start time!

The schedule for this Saturday’s event is now online, please follow this link to the Broxbourne page to view.

​We had quite a few players in multiple grades, understandable with 9 pairs in the doubles but it has made avoiding clashes a bit of a challenge.

There will be certain times throughout the day that you may have to play two matches in quick succession. For the most part matches are all best of three. It is part of the event that match times may work out to not have much of a gap especially as the event progresses. Please be ready to play even if it means going straight on after you have just finished on a different court.

Akhtar Khokhar and myself are running the day. This should give us plenty of time to get some good photos so make sure you have your hair done.

Only one change to the draws with Akhtar coming in to play the Over 50’s. I had the following players down for playing multiple grades. If I have missed anyone off or anyone can spot any other issues please email me and let me know.

The draws for Broxbourne are now online. Please follow this link to view now. The schedule will be out tomorrow with exact timings for all the matches but to give everyone a rough idea of how the timings for the day will work we will likely start around 10:00 with the finals going on about 17:00 or 18:00.

I have one space left in the doubles draw. If anyone would like to play even if you do not have a partner just email me. It is a lot of fun and if you can take the pace a fun way to spend your singles rest periods!

Broxbourne Sports Club promises a fantastic first visit from UK Racketball. A wide range of top class facilities centred in the county of Hertfordshire will ensure yet another memorable event!

Broxbourne Sports Club promises a fantastic first visit from UK Racketball. A wide range of top class facilities centred in the county of Hertfordshire will ensure yet another memorable event! Local players Dan Fernandez, Patrick Osborn,  Adam Grilli, Mark Banfield and Marc Thornley are all long standing players in the Series feel free to ask them about the events or call Mark Fuller at UK-Racketball on 07846067505. 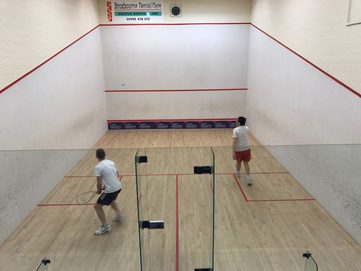