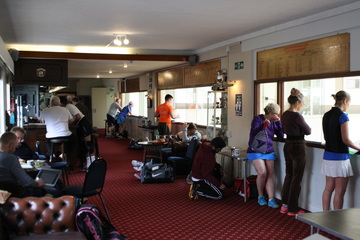 The top seed Ollie Turner made it through group A without dropping a game. Leicester’s local hero Dave New had a brutal opening match against Adam Grilli but despite pushing all the way was defeated 2-1.

In Group B Ian Bishop defeated Lee Sadler 2-0 but despite taking a one game lead was unable to overcome the no.1 seed Mark Fuller eventually being beaten 2-1 in the group decider.

In the final Turner started well taking an early 4-point lead only to see Fuller fight back to take the first game 11-5. The second game was tight all the way with Turner hitting a solid length to the back, he maintained a two point cushion throughout the game, taking it and leveling the score at 1-1. In the 5th Fuller pulled away hitting a better length and stretching the play to take the game 11-5. A close final but another UK-Racketball Series title for Fuller. 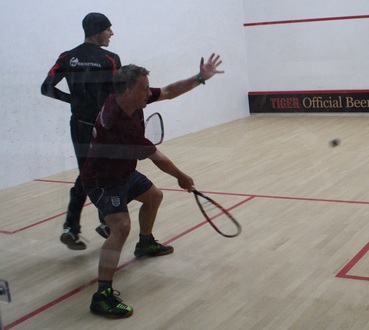 Andy Wood made it through group A unscathed with Gavin Burton coming through in second place. ¾ seed Kasey Hall had a tough start to the day in group B being defeated by Phil Perchard early on, he defeated Oliver White 2-1 but it was not enough to stop Perchard heading through as group winner.

Group C consisted of three players all of which were playing in other grades. Michael English was the winner of the battle of the crazy racketballers defeating both Graham Greensall and Natalie Lawrence. Group D saw Ryan Loska come through as champion with Paul Robbins overcoming Neil Bowyer 2-1 to take 2nd place.

The first semi final saw a very tight match between two very experienced racketballers Andy Wood and Phil Perchard. It was tough encounter with Wood just coming through on top. In contrast on the opposite side of the draw it was Loska who came through against English in a straight set victory.


The final was always going to be hard for Wood. Not only was he taking part in two grades that day but he was up against supper fit Loska. Wood fought hard as he always does but could not prevent a 2-0 victory and another tour title being added to Loska’s collection. 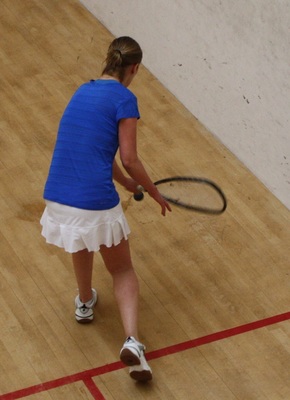 Looking at the entry list before the start of the day it always looked like the Women’s grade was set to be a very high standard and it did not disappoint.

Natalie Lawrence came through group A with maximum points but only just after a tough encounter with Rachel Woolford who defeated 3 seed Rachael Holmes. Group B was similarly competitive with top seed Zoe Mellis making it through with maximum points despite being pushed hard by both Nicky Green and local girl Nina Parker.

The women’s final was the pick of the matches of the day between the top two seeds. Zoe Millis started well taking the opening game only to see Natalie Lawrence fight back to level at 1-1. In a hard fought decider between two players who are both superbly fit and strong athletes it could have been Lawrence’s experience that took her through to another UK-Racktball Series title.

Rob Lewis then pushed on to win the event overall defeating Brendan Bennett 2-0 in the final. 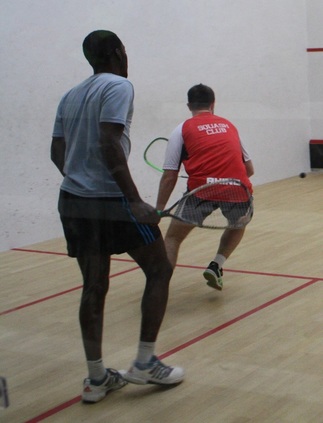 Unseeded Michael Wardle was the star of the show in the Over 50’s making it through the group stage and winning the final without dropping a single game.  In the groups he defeated 2 seed Martin Nash and Cambridgeshire Racketball Open organizer Rennie Kapila before coming up against group A winner Mark Banfield in the final. Banfield had also not dropped a game all day but had been pushed hard by both Terry Horne and Lee Sadler. In the end Wardle was to strong coming through 2-0.

In the second largest draw of the day after the B grade it was 3 equal groups of 4 that would complete for a place in the winners finals group in the over 60’s.

Graham Greensall continued where he left off in 2014 with some impressive wins in group A coming through with maximum points. Chris Hawken was defeated by James Murphy but with Hawken managing to get a game off Greensall they finished on equal points.

The top seed in group B started well with victories over Ed Smith and Robin Soar but was unable to overcome the challenge of Graham Bonnett who came through as group winner with 6 points.

The finals group was always going to produce some good matches between three very experienced racketballers all of whom are fiercely competitive. Greensall saw off the threat from Bonnett but Graham was to strong on the day and added another UK-Racketball title to his collection.


It was a good start to the 2015 Series at Leicester.
The next event is in Limpsfield on the 30th May. Entries will once again be limited to 60 so enter as soon as you can to avoid disappointment.

The first file contains a list of the final standings and what this means for the rankings!

Click on the below draws and schedules to see when you are playing.
The colours on the schedule match the draws.
The schedule is the last PDF on the list 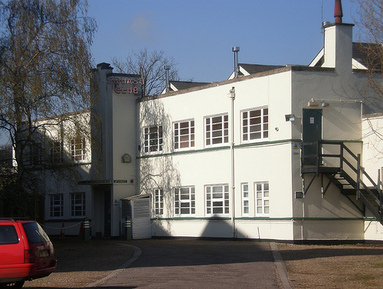 Leicester Squash Club will host the opening event of the 2015 UK-Racketball Series on 2nd May 2015.

Fantasy Squash, UK-Racketball's sister company, now run the coaching and events at Leicester Squash Club. We are hoping that like at our other lead centre Nottingham this will lead to a high level of local interest!
As well as being a UK-Racketball base the club is an obvious choice for the event, being one of the largest clubs in the Midlands. Close to the M1, it has great transport links to the whole country.

Leicester Squash Club is a centre that has gone from strength to strength over the past few years. Having recently undergone a major refurbishment with the addition of two new glass back courts and a modern gym, the club is now one of the leading squash centres in the region. Leicester Squash Club is also committed to developing and promoting squash and racketball. In 2014 it not only ran a PSL side for the first time but also part hosted the $5,000 MANTIS Fantasy Squash PSA Challenger event.

Hopefully this event will be a fantastic start to the 2015 Series!

For more information contact Mark Fuller mark@starsportsdevelopment.com or call on 07846 067505 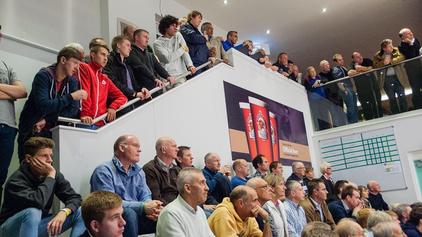 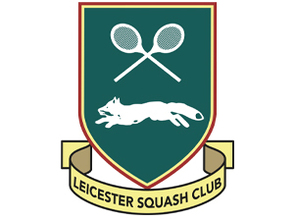 For more travel and club information call the Club on 0116 270 8068 or visit Leicester Squash Club's website at http://lsc.mycourts.co.uk/index.asp.