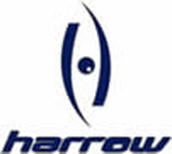 Craig Chappell fought hard against both Mark Fuller and Matt Baker but didn’t have enough weapons in his armoury. After the first went 11-4 Fullersway it looked like it might be an easy rout to the final for the England no.1 butBaker was never going to give in on his home court and the 2nd was a great battle of attacking racketball and ended up going the “local hero’s” way 12/10. In the 3rd though Fullers legs had the better of the Baker boast and he was through to the final.

“In the first I probably went for a bit too much. As the match went on got my ratios better, finding a steady percentage and was going for stuff at the right time. He got a lot back towards the end but I managed to find the right level of attack.” Ashley Knight after beating Rich Davis.

The group all came down to the match between Christian Turner and Rich Davis. It was a repeat of the Nationals semi final and was every bit as brutal despite only being best of 3 games. At his home club Turner revenged his Nationals defeat and claimed his place in the final.

It was a tough ask for Christian Turner to find it within himself for another battle after his brutal final group match against Rich Davis and his legs were clearly struggling right from the start. Fuller played with pace and attacked at every opportunity which was not what Turner wanted, in the end it was a comfortable win for Fuller and his first title of the year.

In group A Natalie Lawrence first dispatched Abbie Jones and thenCaroline Curtis, both 2-0 to claim her place in the semi final with Caroline Curtis claiming 2nd place after victory against Abbie Jones.

It was a hard fought group with local favourite  Karen Beeley coming in 3rd after defeating Debbie Hill 2-0. It came down to Jo Moseley against Siobhan Garland however with Garland showing her strength of character and wealth of experience to come back  in the deciding set to take her place in the semi final.
The critical game that decided the group was Siobhan Garland against Jo Mosley. Garland started well hitting hard in the first before Mosleys short game came into play in the 2nd and got her back into the match and the score back level. In the 3rd Garland found her length again and once Mosley was at the back of the court there was only going to be one winner with Garlandmaking it through to the final.

It was close all the way in the first before a couple of “fortunate” shots at the end of the game changed momentum in Lawrence’s favour with her taking the first 11/8. In the second Garland tried to keep the pace high, moving the ball around and hitting hard but couldn’t maintain the pace with Lawrence’sfitness and strength becoming increasingly important as the game progressed there was only going to be one champion with the match going Lawrence’sway 11/6 in the 2nd.

With the late withdrawal of England No.1 Nigel Millington the 50’s draw was thrown wide open and group 1 was completely up for grabs. It was series favourite Graeme Slocombe who capitalised with 2 straight set victories overPaddy Martin and Max Newberry.

It was a tough battle between Jack Gilchrist and Roger Green withGilchrist coming out on top 2-0 before coming unstuck against Manuel Costawas too strong for everyone in the group, “fit as f**k” according to Jack Gilchrist.

Group 3 turned into the closest group of the day with George Aplin being fought all the way by both Kerry Mason and Robb Cann who both forced him to go the distance.

Greensall won the battle of the Grahams against Quick 2-0, before facing local boy Tim Baker which turned into a great match. Greensall took the first 11-9 before Baker came back to take the 2nd on tie break and level the match at 1-1. In the decider Greensall reduced the mistakes and managed to get on top taking the game 11-6 and setting up the group finally against British Champion Steve Wall. Greensall fought all the way but in the end the accuracy of Wall was to much and he heads through the group without dropping a set.

Manuel Costa bt Graeme Slocombe
Despite a hard run leading up to the semi Costa still looked strong making it tough for Slocombe from the start and running out comfortable winner 2-0.

It was set to be a great final. Manuel Costa had never been beaten in a UK-Racketball Over 50’s Series Event and Steve Wall has been British National Over 50’s Champion on 2 occasions. In the end the match was as brutal as anticipated with both players being pushed to their limit. After taking the first quite comfortably it looked like Wall was set to let his victory slip with Costastarting well in the 2nd but he straightened and tightened up and after some hard rallies it was clear that the Portuguese man was tiring (might be down to the 7 matches he had already played that day).Wall kept the pressure on as he always does which was too much for Costa, it was a great 50’s event and another title for Wall.


Tom Williamson
After losing the first game, Tom Williamson fought back hard in the second to level the match at 1-1 and then got off to a flyer in the 3rd quickly going 5-1 up. Abbie Jones dug deep to find her way back into the match and ended up sneaking the game 13-11 on the tie break. In the 4th and 5th Williamsonmanaged to start strong and then kept going taking the final two games 11-7, 11-5 to take the beginners title.

The B event saw Karen Beeley progress to the final at the expense ofDariusz Wantanowski and Andy Jones.

In the B group it was Karens clubmate Louis Robjant who prevailed overNatalie Lawrence and Steve Webber to set up the final.

This proved one match too far for Beeley who also competing in the Ladies event could not stop Robjant from collecting his 1st B title.

The O40s proved to be a strong event standard wise with Seeded players in the two groups Jason Russell attempting to win his 1st title and Rob Watkins, unbeaten in all UK Racketball events since the tours inception the main contenders.

Watkins defeated Graham Williamson and Mike Henderson comfortably but found Duncan Alexander a tough prospect, Watkins finally getting through 11/9 in the decider to make the final.

Jason Russell came through comfortably against Craig Temple Murray andAndy Jones, then was briefly tested against Manuel Costa to set up the final with Watkins.

The final was a brutal match Steve Wall marking called it the beauty v the beast he meant this describing Watkins delicate touch play and ability to move and take the ball gracefully around the court against Russells cut and thrust of power hitting.

Russell was off well and kept ahead to take the 1st before Watkins replied to even things up, the decider was tense as the crowd could sense an upset, some very long brutal rallies ensued before Russell claimed the final point to give him his 1st UK Racketball series title.

A great days Racketball for all concerned a big thank you to Adam Lings at the Devon and Exeter club for allowing us to use his club which is without doubt one of the best clubs we have visited on the tour. 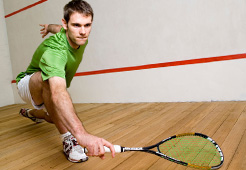 For the first time, UK-Racketball are including this prestigious south west club as part of their Racketball series, and what an event it promises to be.

The club itself boasts six courts including a championship glass back, with the bar area situated so you can see the court conveniently from your barstool. With the help of ESR South West regional manager Matt Baker, Racketball has really kicked off at this club, so much so that one of their courts recently converted to a gym has been reconverted back to a squash court such is the demand for Racketball here. 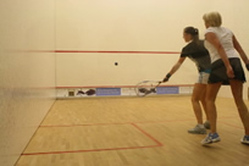 In December 2011 the club hosted its annual racketball club championships with over 60 entrants, surely a record for a club closed Racketball event.

The day looks action packed with potentially the biggest entry for UK Racketball so far, so book Saturday 30th June in your diary and get your entry in early.
Location and Dates 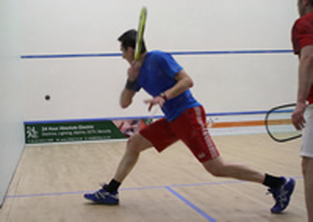 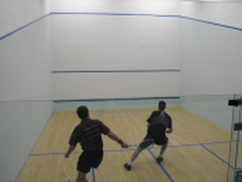 
You can visit the club website for more information at:
http://www.devonandexetersquashandracketball.co.uk/