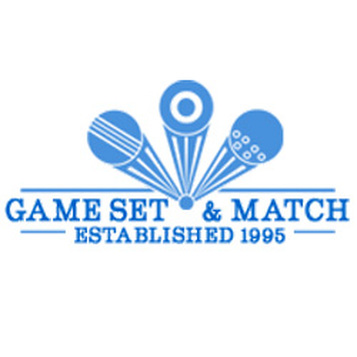 The turnout for Chichester proved to be a strong one with both the first round box leagues containing previous Harrow UK Racketball Series Event Winners.

The start of the day saw all four courts with four top class A grade matches. It was an action packed round and was difficult to know which match to watch. All the seeds started strong and continued on form to win their first games.

Ted Jeal took his 3 first games with one left to go through and only Christian Turner standing in his way. However after a brutal match with Elliot Selby, Turner could not muster the strength to challenge Jeal who took the final spot from the A group.

In similar fashion to Jeal, Phipps got off to a strong start winning all his box league matches despite a close 2-1 with Richard Davis. The group also saw a controversial replay of the National Champs with Baker vs Davis, however after Rich closely took the first game it was clear Baker did not have the energy to carry on and Rich took the match comfortably 2-0.

This gave our two finalists Jeal and Phipps. It was Phipps who started off the stronger, playing the same great racketball he had all day, taking the first game. It was apparent that Jeal was not on top form and had picked up a niggle from earlier on in the match, Phipps went on to close the match out 2-0 and take the Chichester Title.

The women’s grade saw a strong entry with the series regulars playing out against the local Chichester players.

Group  B was also closely fought with Lawrence and Milne neck and neck after their first two matches with 4 points each. It climaxed with a showdown between the two. In the end it was Natalie Lawrence that claimed the top spot in B group.

In the final Natalie Lawrence came out well unfazed by the home advantage for Briance and took the first game. Lawrence continued her consistency to close out the match 2-0.

With a solid draw of 19 in the B grade and 4 first round matches for most players, moving on to a semi-final and final, whoever was going to win had a tough day ahead.

Nat Hubert took first place in group A only dropping one game out of 8 to Gary Watt. In group B it was Miles Davey that had a clean sweep and a total score of 8 to go through to the semi-finals.In group C, the closest of the day, it was Herron that sneaked through to the semis with 8 points just ahead of Alex Glencross who had 7. For group D it was Dan Clarke who came out on top.

Series Regular David Herron made it through to the semis, but then only just missed out on a finals spot loosing a nail biting match against Dan Clarke 12-10 in the third, having previously had match point! In the other semi it was Miles Davey that came out victorious.

After a long days racketball it was Davey vs Clarke who had to fight it out for the top spot. After yet another tough game it was Clarke who managed to take the win and the B Grade Title.

The morning saw some great racketball in both the group stages resulting in Jason Russel in group A and Jon Miles in group B both having won 2 matches. However with 5 matches still to go in the group stages the two final spots were still up for grabs and the pressure was still on.

After the next few matches both Miles and Russell managed to continue their winning streaks and come out victors.

In the final showdown series regular Jason Russell rolled on to overcome Miles 2-0 and take the Over 40s title.

From the three group stages is was Manuel Costa, Andy Henshaw and Steve Wall who all went throughwith a maximum of 6 points each. The next round saw the winners enter a box league to battle it out for the Over 50s title.

It was Steve Wall who got the upper hand winning both his matches 2-0 taking the Over 50s prize in dominant style.

The Beginners grade was a well fought contest with all players taking games. However Lee Divers was well ahead of the pack, winning all his games 2-0 to give a perfect score of 8. Close behind taking the runners up spot was Tony Roddis who won three out of his four games. 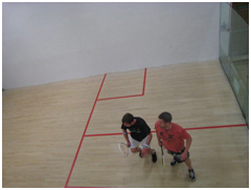 In 2011 this event was the biggest racketball event in the south of England with almost 60 competitors. It saw many times finalist Tom Phipps take his maiden tour title in the A section.

A large B Section and one of the strongest in depth 0ver 40 events saw Buzby Williams come out on top. The Chichester club itself boasts five courts including a championship glass back. It has superb facilities in the dining and catering area, with a great health suite, which the competitors can take advantage of, and a comfortable lounge area to relax in. 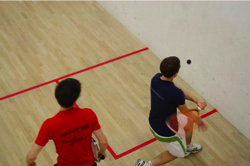 Over the last two years, Chichester has produced six National titles including National Champion Tim Vail and, through Head Coach Mike Phillips, a National Over 50 Champion himself, has a complete coaching programme for both Squash and Racketball.

The Club itself is set a stones throw away from the charming city centre with idyllic views over Oaklands Park and the Chichester Festival Theatre. The patio area is rated as the best suntrap in the city and many an hour can be spent enjoying refreshments while basking in the sun.
Location and Dates 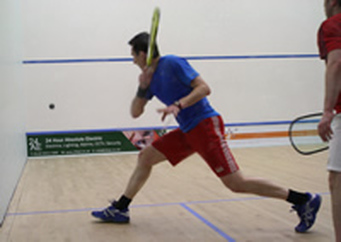 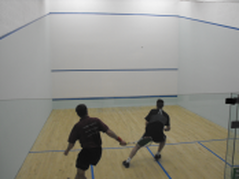