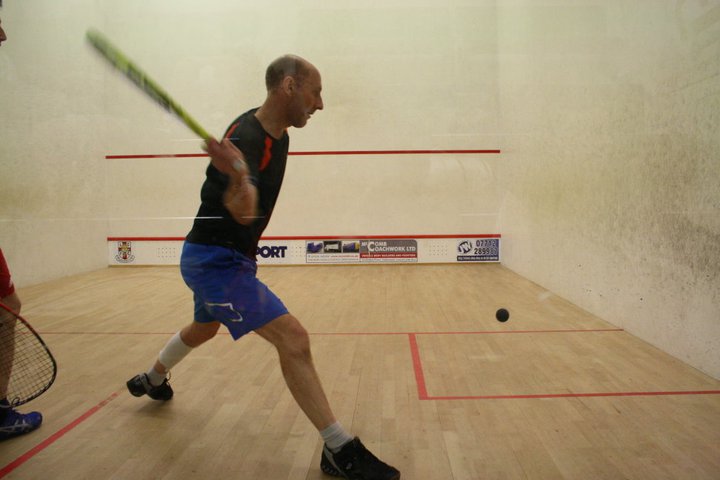 Click here to view the photos from the Lincoln Racketball Open

It was always going to be an interesting day running a tournament across two venues for the first time but with the second largest number of entries it was set to be a fantastic day’s racketball.

Over 50’s
The Over 50’s was split into 2 round robin groups with the winners and runner-ups going through to the semi finals. On paper both groups looked to be equally waited with two nationally ranked players taking the top seeded positions.

Group A could have gone any of 3 ways with John Farrow pushing both James Murphy and Geoff Clay all the way before the group was finally decided by a great match between over 50’s series leader Murphy and Clay, which Clay took 2-1.

Nigel Millington didn’t drop a game in group 2 showing how he managed to reach the Nationals Over 50’s semi finals in 2010. Graham Greensall was unlucky to miss out on the semi final just missing out to Paul Tudor. Local hero Phil Hiatt struggled in group B failing to take a single game but as he said he hadn’t played since the event last year, “I’m definitely going to get some training in for next year though” he said.

In the first semi final James Murphy struggled against Millington with trying to play 2 events proving even harder than normal with a 500 meter walk between matches.  The second semi was much closer and this time it was Clay that missed out although he pushed Tudor hard.

Nigel Millington came through the final 2-0, taking his first UK-Racketball Series title without dropping a game which should see him back into the England top 10.
​ 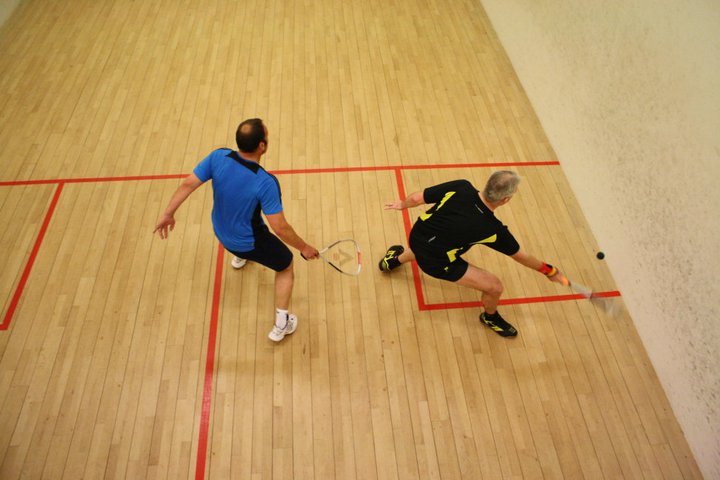 ​Beginners
Another successful beginner’s draw with 4 matches scheduled for every competitor and two of the guys from the Manor back to have another go at a beginners title.

Oli Murton was strong throughout not dropping a single game. Despite a difficult start against Oli, Liam Truswell turned things around coming through his next two matches against Dariusz Wanatowski and Oliver Davidson. Stewart Lowth fought hard all day beating Truswell and Davidson but failing to take a game off Wanatowski costing him 2nd place.

All the guys seemed to enjoy the tournament through with 4 of the 5 telling me that they are already looking forward to Nottingham in August.

​
Women’s
One of our best turnouts for a women’s grade with 2 round robin groups feeding into a semi final knockout. Carolyn Roylance was pushed all the way in Group A by Sarah Gill with Jacky Owen finishing 3rd. Fran Wallis was to strong in group B not dropping a single game.

In both the women’s semi finals it was a battle between Lincoln and Hallamshire with Lincoln coming out on top with Eleanor Gill pushing Carolyn Roylance all the way. The final again saw Fran Wallis come through 2-0, it was the first time she had played racketball (although she is a squash veteran) and adapted to the big ball really well, fantastic women’s tournament played in a great spirit. 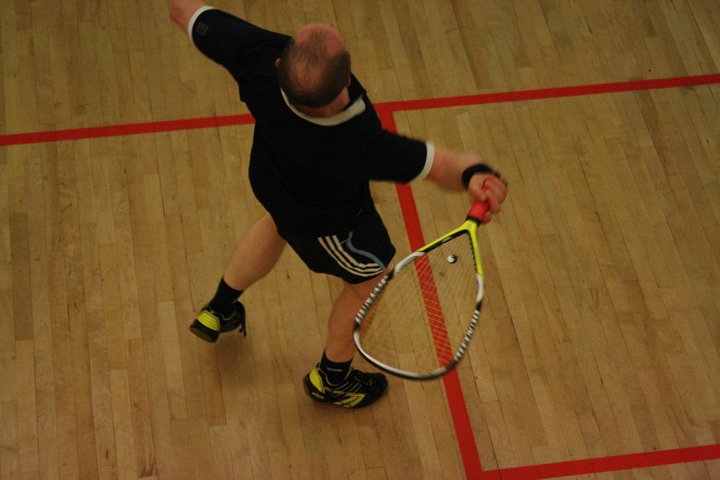 In group A Mark Fuller was pushed hard by both Matthew Rushby and Oli Turner. Fuller was going short to early which opened up a hot court to the counter attack.

Tom Phipps came through group B comfortably with Michael Hennings successfully defending his England Top 20 ranking with a victory over Hallamshire’s Nick Burton.

Pete Gooding’s scraped through group C, his attacking gung-ho style did not suit the hot Lincoln courts and in the end he was fortunate to come through against both Neil Baldin and Mark Francis who both dug deep in an attempt to make the semi finals.

Group D was the most open group of the draw with all 3 players looking to progress through. Local hero Neil Carlin struggled to find touch and ended up to far behind against Tom Murton to fight his way back. The Manors Curtis Tomlinson looked strong against Murton and it will be a good test for him now in the semi against Phipps.

It was a great semi final between Phipps and Tomlinson. This was Phipps 5th UK-Racketball Series semi final but it was Tomlinson that made the good start counter punching well and waiting for Phipps to make mistakes. On a hot court though Phipps extended the rallies at crucial points and it was always Tomlinson that looked to be tiring first.

Gooding’s went for it as he always does but today was just not his day, 2-0 Fuller.

The prize money meant it was probably the most intense UK-Racketball Series final yet with neither player giving an inch right to the bitter end. The courts were ridiculously hot (although not quite as hot as the year before) making it hard for either player to take the initiative going short. In the end the match went right down to the wire with Fuller taking the deciding game 12-10.

A special thank you to all the sponsors of the event who helped to make the tournament a reality. Travis Perkins, Wright Vigar (Chartered Accountants), Page Nelson, Forty Winks and the UK-Racketball Series sponsor University of Lincoln.

We are hoping to run the event again at the same time next year so get it in your diary.