​Rebranding racketball is an exercise in vanity

At the weekend, I received a shock. For years now, I’ve played a game called racketball. It’s a gentler version of squash, using a bigger, bouncier ball that means the players don’t spend their time bending down and wrecking their knees. Ideal for people of a certain age, and in my case, I admit, circumference, racketball entails use of similar skills and tactics to squash and affords a good workout. Except, it’s not squash. Not only does it involve a larger ball, but the rackets are shorter, and their heads bigger. The rules are different: the server must bounce the ball before serving. The stroke is different, and because the ball is bouncier, there’s less emphasis on drop shots. 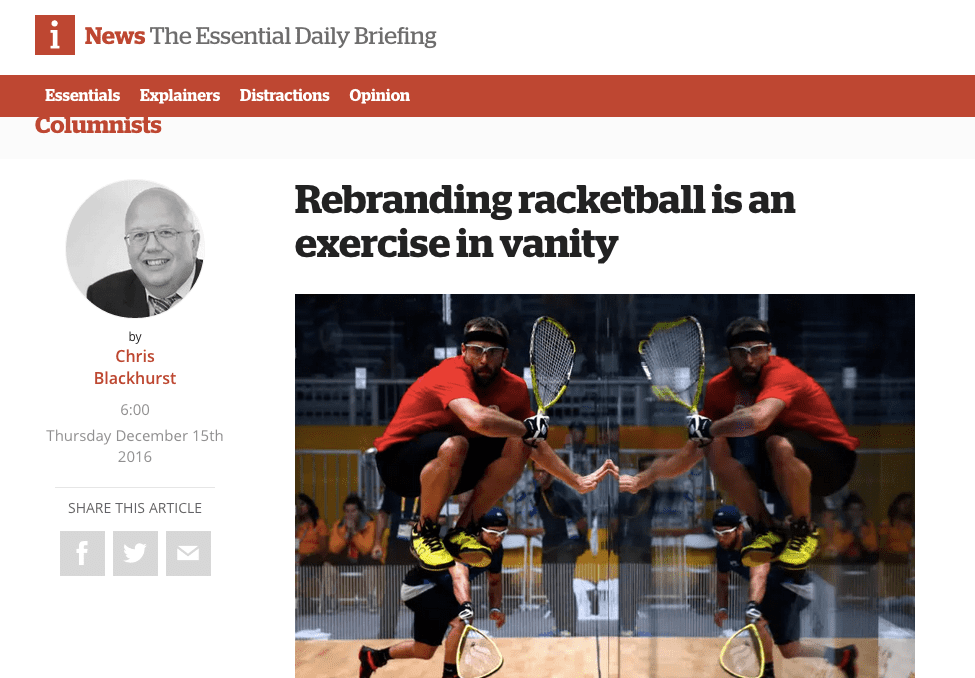 It was earlier this year that the WSF, in partnership with England Squash, signposted a change of name for the game, which is played with a larger ball and a shorter racket. The new name focuses on the key difference to squash – the larger ball, which has a maximum diameter of 57mm (compared with 40mm for a squash ball). The game is a popular introduction to squash and can keep generations of players fit and active, and playing on court well into later years.

“If England Squash wishes to concentrate on squash - which will clearly be to the detriment of Racketball - just say so, don't dress it up and 'spin it'.” The late Michael Keogh, Racketball enthusiast, in an email to Keir Worth CEO England Squash (ES).

The main issue with this is that as Andrew Shelley Chief Executive of WSF points out “current players will doubtlessly still call Squash 57 by its old name”. This immediately creates a problem when trying to achieve “synergy”, within the sport; with the national governing body calling it one thing and the players calling it something else.

As we warned the other day, attempts are being made to officially rebrand racketball as Squash 57. The news was officially     announced today by the World Squash Federation to a chorus of disbelief and derision from clubs, coaches, players and manufacturers.

British racketball champion Tim Vail, from Hampshire, said: “Not a fan of this idea to be honest. I can’t ever imagine calling myself a “squash 57” champion.”
​
Click here to see the full article

AN OPEN LETTER TO ENGLAND SQUASH BY HANNAH COLBY 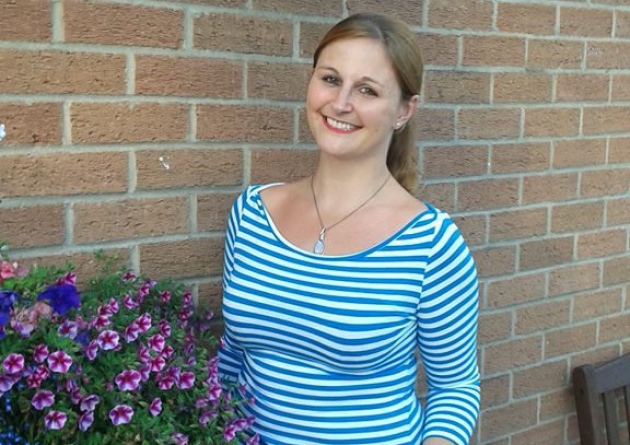 I write in response to the recent rebrand of racketball to ‘Squash 57’ that has been carried out by England Squash and the World Squash Federation.

As the manager of a five-court facility in Norfolk, I have a strong interest in promoting participation at every possible level, in both squash and ‘Squash 57’. I’ve had my fingers crossed for the last year that finally, something might be done to turn the tide and to elevate the twin sports of squash and ‘Squash 57’ to the positions they ought to occupy: as Olympic sports, as sports in schools, as sports which are open and accessible to all. I’ve been looking for something – anything – that will help draw people towards our courts, and which will keep the game alive for players of all ages and all abilities.

This rebrand – this self-indulgent, corporate name-change which is meaningless and pointless – is not it.

Firstly, let’s consider the consultation process that has been carried out. Who was consulted, and when, and how? I find it curious that nothing was sent to Club Managers, because after all, we’re the ones that have to implement any changes that take place. We’re the ones that are going to have to sell ‘Squash 57’ to children, to parents, to other racket sports players. We’re going to have to reorganise our branding, recall all of our membership and advertising collateral and reconsider our approaches to marketing. Maybe a communication was sent out. I didn’t see it – but then, I rarely see anything from England Squash at all. Everything seems to come after the fact, whether it’s a notice of a scheme, an event or a rebrand. I’ve been asking for this to change for a while. Sadly, I have yet to see this change.

More importantly, perhaps, is the amount of money that’s been spent on this rebrand. Let’s think about the figures. A consultation process that involves focus groups is going to cost money. Employing ‘experts’ to come up with catchy new names such as ‘Squash 57’ – that costs money too. That’s in addition to the previous rebrand of ‘England Squash & Racketball’ to ‘England Squash’, which, no doubt, involved a panel of experts and focus groups to come up with that name as well. Each of these rebrands will involve a redesign of everything from websites and brochures to headed paper and name badges. I would be very interested to know how much has been spent on this exercise.

I must confess that I don’t know how much it costs to rebrand a sport. I’m sure it’s not cheap. But I do know how the money could have been spent, in ways which would have made a real difference. Let’s throw a few ideas out there: funding for sessions in schools, or for after-school sessions. Help with the crippling maintenance costs of facilities. Subsidies for staff and coach training. Support for those private clubs or public local leisure courts that are forced to close because it’s simply not cost-effective to run any more, and it’s easier to put Zumba classes or exercise bikes in that space instead. Maybe, even, a more cohesive and persuasive campaign to make squash an Olympic sport and inspire children to want to play. That’s just off the top of my head. There are many, many more.

You see, I’m not an expert. I don’t wear a suit to work every day, or have a consultancy role, or sit in a snazzy office with a coffee machine and air-conditioning. I manage a squash club. I play a little bit – not very well, but I enjoy it. I captain a Ladies’ team. I help to run Junior events. Most of my time is spent juggling figures: how I can afford to maintain our courts, or desperately seeking another funding pot from which I might squeeze another few pounds for equipment or coaches’ fees. Every new member to our Club is a victory, and every Junior who leaves to go and play football or hockey or badminton is a blow that I take personally. But I’m fighting this battle without an army behind me. In fact, I’ve yet to even see a footsoldier.

East Anglia Tennis & Squash Club is the county’s largest racket sports facility, with five squash courts. We host the Norfolk County Closed and Open Championships at both Junior and Senior level, and are the venue of choice for Intercounty events in both squash and ‘Squash 57’ for all agegroups. In the eighteen months that I have run the Club, I have yet to see a single representative from England Squash. By contrast, our regional representative from the governing body of tennis, the LTA, makes fortnightly visits and is in regular email contact. What does this tell me about England Squash and their duty of care to those clubs which are battling to keep squash alive? How are we meant to make a difference when no one seems interested in what we’re doing, or the help that we need?

In order for real, significant changes to happen in the world of squash and ‘Squash 57’, it’s not the names that need to change. It’s the people behind the name. It’s the attitude. It’s the culture. Rebranding a sport with a name that tells people nothing will change nothing. If we want to make a real, tangible difference to the numbers of participants, then we need to stop with the rebranding nonsense. We need to take a long, hard look at the way that the governing bodies of these fine sports are handling themselves and wasting money that could be better spent on supporting clubs, players and events. I would say to those behind this exercise: hold yourselves accountable for the decline of squash across the country. You are the ones who are causing the damage. It’s up to you, now, to start to put it right.

Racketball – a (very) brief history; and why WSF should think again

The passage of time allows a great deal of opportunity for reflection and review of past events, to scrutinise their efficacy as carriers of both positive and negative actions and impacts on our daily lives. Very rarely do we “live the moment” where we get the opportunity to examine events as they are unfolding right before our eyes.

(From a Scottish perspective we have seen both a vote on Scottish Independence, and a vote on “Brexit”, both of which are possibly defining moments in history where we have lived the fall out of our actions first hand as well as question the judgement (and sanity!) of entire nations in the present tense. But I digress….) 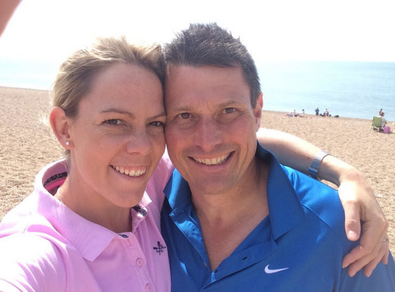 By Alan Thatcher, Squash Mad Editor
Further opposition to plans to rename racketball as Squash 57 is surfacing in Yorkshire by the organisers of a popular racketball series aimed at grass-roots players.The Rackets Academy, run by long-time Chapel Allerton coach Peter Edwards and his fiancee Elspeth Beattie, soon to be known as Mr and Mrs Racketball, are refusing to rename their series of racketball tournaments.
The new name refers to the diameter of the largest racketball available, and is designed to bring racketball “in-house” under the management of squash. It is also aimed at reducing confusion between UK racketball and the more established version of racquetball, which is popular in North, Central and South America.
Peter and Elspeth, who are getting married this week, wrote to query the wisdom behind the name change proposed by England Squash and the World Squash Federation.
Elspeth has wide experience of working in brand management and has many questions about the issues being vigorously fought by enthusiastic racketball players. She writes: For the full article click here 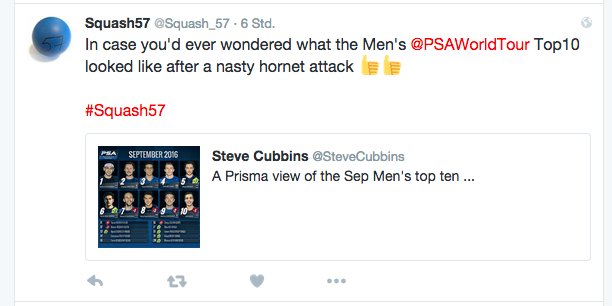 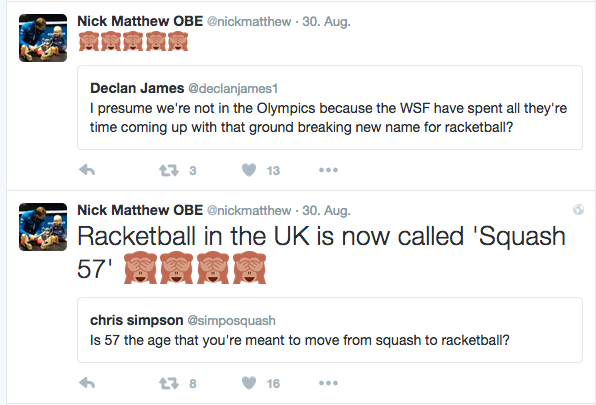 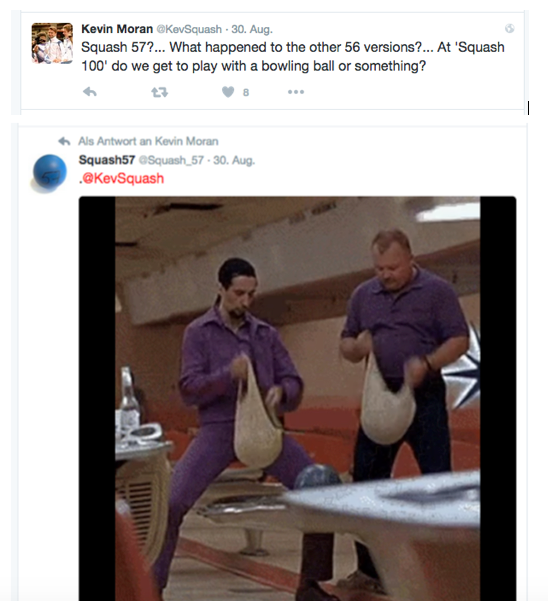 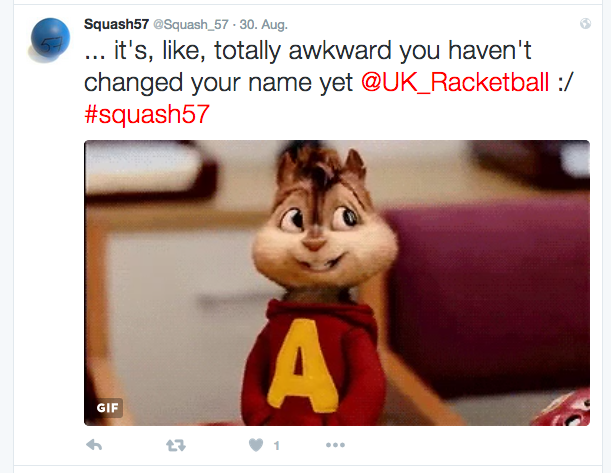