The Chichester Racketball Open 2013 is the third annual running of this event, after two extremely successful years. The club facilities are amongst the best in the country with a health suite and bar.

The Chichester Racketball Open 2013 is the third annual running of this event, after two extremely successful years.
In 2011, this event was the biggest racketball tournament in the South of England with almost 60 competitors and saw many times finalist Tom Phipps take his maiden tour title in the A section.
In 2012, the entry numbers for this tournament rocketed and it had one of the largest and most competitive B grades of the Series – it was Dan Clarke who eventually came through to be the last man standing.
The club has a wealth of local racketball talent. Over the last two years Chichester has produced six National titles including National Champion Tim Vail and, through Head Coach Mike Phillips, a National Over 50 Champion himself, has a complete coaching programme for both squash and racketball. This is bound to make for another great event in 2013. 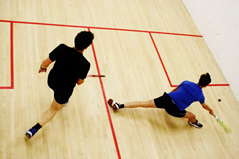 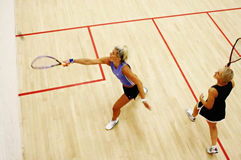