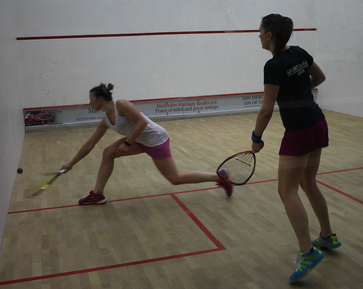 Below are the Official National Racketball Rankings from England Squash and Racketball and the national rankings for the Harrow UK-Racketball Series. The National Junior Rankings can also be seen below. Click here to see how the rankings are calculated.

The following tournaments have been included to calculate the October rankings: 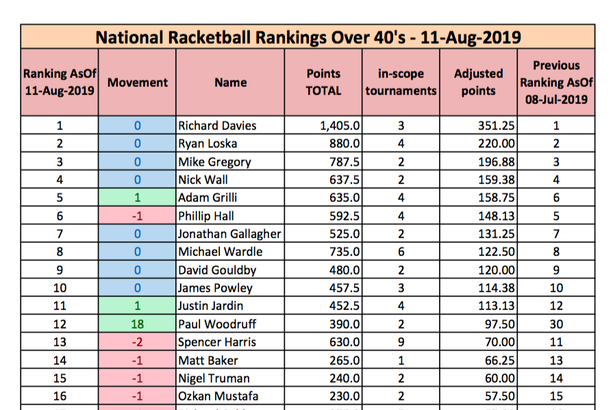 Please follow the links below to see the individual ranking lists for each age group.

The UK-Racketball Series Rankings are calculated as an increasing accumulation that resets at the start of each year.  See below for information on how to earn points and the prizes on offer at the end of the year. The end of year prize presentation will take place at the end of the National Racketball Doubles taking place in Nottingham in December. ​
For more information on the UK-Racketball Series Rankings follow this link... http://www.uk-racketball.com/series.html
To get up the rankings, get playing!