The RULES of DOUBLES are the same as for the SINGLES game with the following alterations:

a. SIDES:
Sides shall consist of two players each.

b. WARM-UP:
The sides may warm up separately or together. Either side may request a separate
warm-up that lasts three minutes, immediately prior to the start of the match. If the
sides warm-up together it will last five minutes. The right to warm-up first when
separate shall be decided by the spin of a racket.

c. SERVER:
Each side nominates its server for the first game. That player serves for the entirety
of game one and game three in a five game match. The other player serves for game
two and game four (if played). In the final game (3rd or 5th) when the first side's
score reaches "five", the server changes for each team.

d. RETURN OF SERVICE & SUBSEQUENT PLAY:
At the beginning of each game, each side shall designate one of its players to receive
service in the right-hand service court and the other to receive service in the lefthand
service court. Throughout the course of such game, the service must be
received by the players so designated.

Only the Receiver may be positioned in the service court opposite the Server's service
court.

Until the ball has been touched or has hit the floor twice, it may be struck at any
number of times by either or both players on a side, in rotation.
(N.B. The order of striking shall be: The Server, the Receiver, the Server's partner,
the Receiver's partner).

e. LET:
If either player on the striking side is inadvertently hindered by either of his
opponents from reaching or striking at the ball, a let shall be allowed.

Note to Referees: Under rule 12of the Singles game, where interference has occurred
and the player has made every effort to avoid causing it, a let shall be allowed and
the Referee shall not consider whether a winning stroke has been prevented. This
shall not affect the Referee's duties in awarding strokes, as otherwise required in
Rule 12 of the "Singles Game".

If either player on the striking side is inadvertently hindered by either of their opponents
from reaching or striking the ball, a Let shall be allowed.

If, in the opinion of the Referee, interference to the striker is unnecessary or created, the
referee shall stop play and award a point to the hindered side.

If a return hits the striker's partner, the other side wins the point. 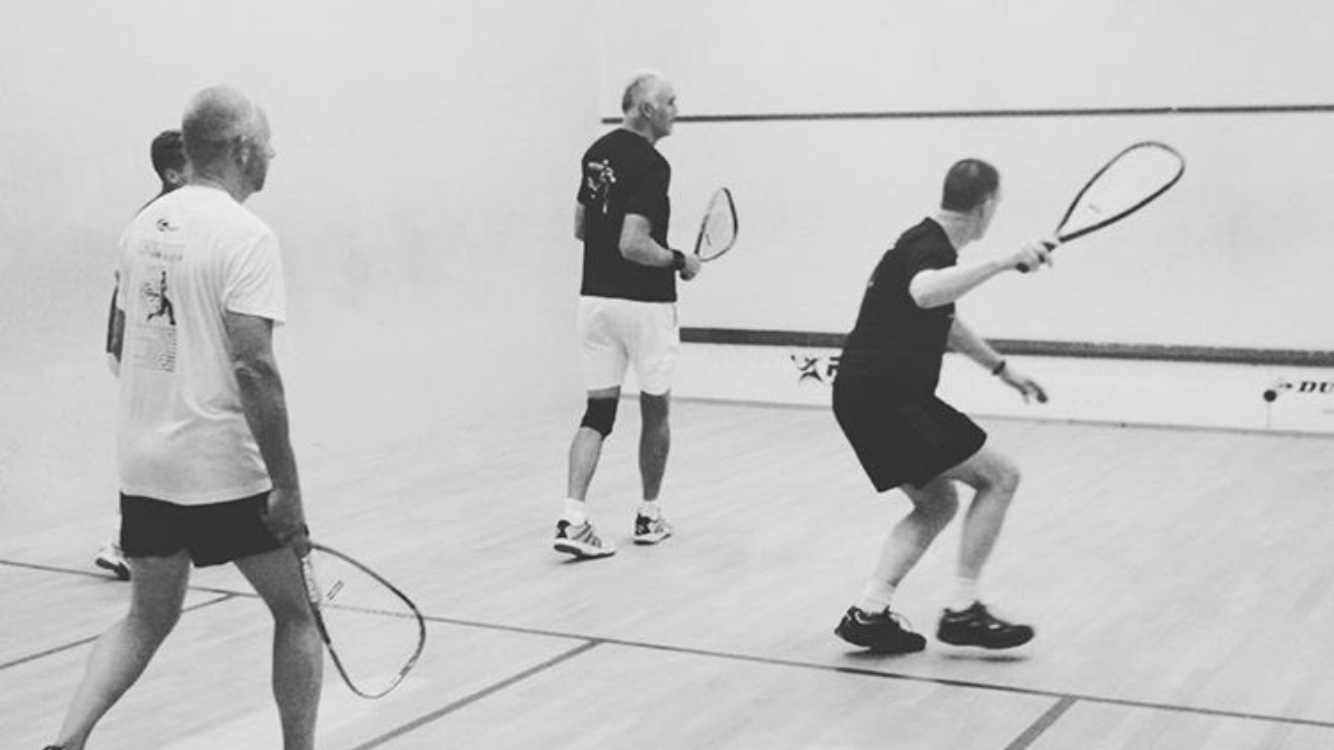