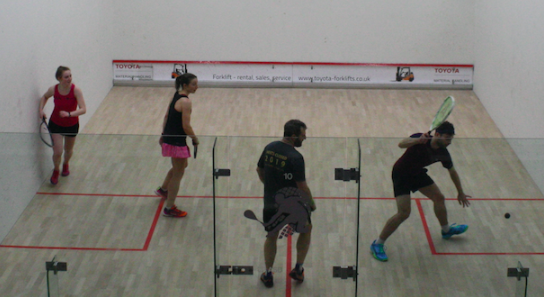 2019 saw a record entry into the UK-Racketball Series Finals and with 11 grades running across the day it was a fantastic atmosphere at Nottingham Squash Club.

Ted Jeal and Billy Jones were crowned victorious in the National Racketball Doubles defeating Racketball legends Jim Lord and Matt Baker in the final 2-0. Luke Bishop earned his first National Title in the mixed doubles with partner Natalie Lawrence. In 5 team group it was Mervyn Davis and Chris Wase overcoming the challenge from Ryan Loska and Adam Grilli that secured the Over 40's after 4 brutal matches.

John Cordeaux and Robert Hambrook claimed the Over 50's title for East Anglia. Zoe Fennell and Amber Marshall overcame the challenge from Elspeth Edwards and Natalie Lawrence in the Women's. Ian Graham needed points in the Over 60's to secure the overall UK-Racketball Series title for 2019 and he managed it with a runners up medal, Graham and his partner Terry Horne were defeated by eventual winners Paul Halstead and Yac Latif in the final 2-0.

The East Midlands Racketball Open is the longest standing event of the Series dating back to 2010. ​It traditionally sees one of the largest fields across all categories and 2019 did not disappoint. The largest draw of the day, the B Grade was eventually won by George Orton from Hinkley who defeated Charlie Chester of Hallamshire 2-0. Luke Bishop added to a brilliant run of 2019 titles with a win over Ted Jeal in the A Grade and Ryan Loska wrapped up the day with victory over Steve Smith in the final of the Over 50's.

​After a fantastic season Ian Graham claimed the overall Series crown with 1905 points across the 11 events. Graham is the 10th player to claim the UK-Racketball Series Crown - ​www.uk-racketball.com/2019-series-rankings.html 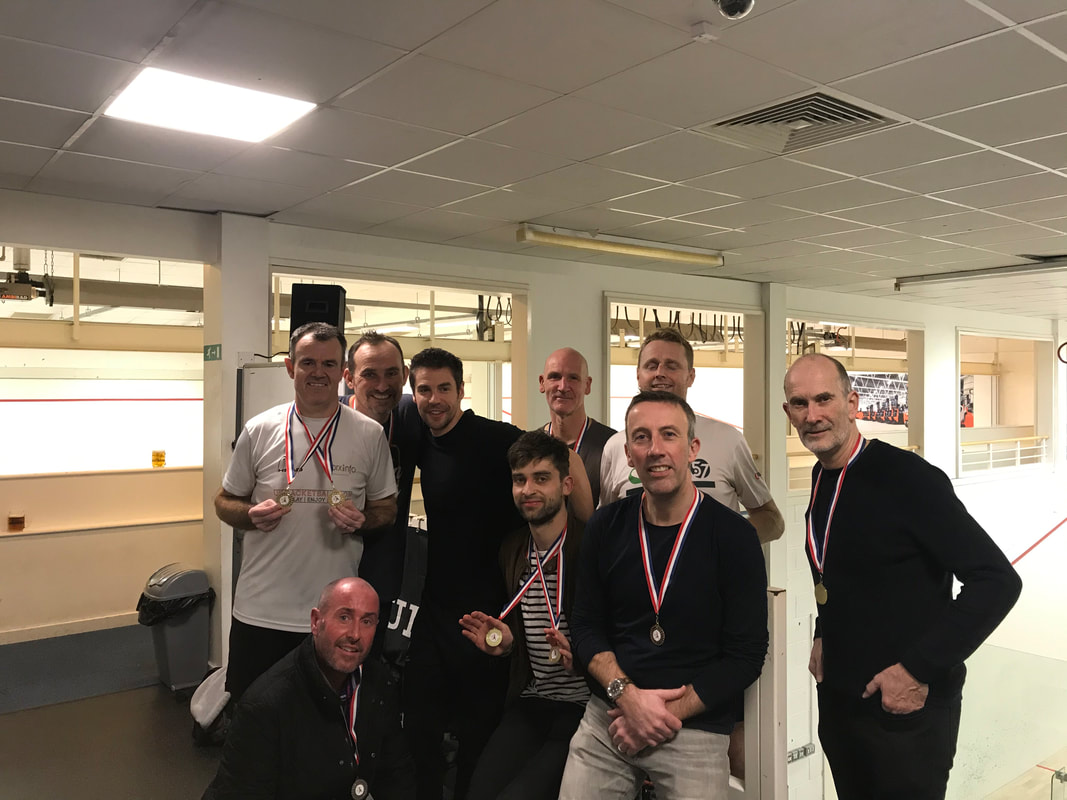 Open the files below to view the draws. All being well the schedule will be released tomorrow.

Entries are just about to close so if you still need to enter this is your last chance. Open the document below to view. ​

The final event of the 2019 UK-Racketball Series will take place in Nottingham on Saturday the 7th of December.

At the end of the event the presentation will be done for the overall UK-Racketball Series champion. By the end of the 8th of December we will have run 11 events this year, our biggest Series ever! It is likely that with multiple grades running all will still be to play for going into Nottingham. Follow this link to see players standing in the Series and what prizes you can take home! ​http://www.uk-racketball.com/2019-series-rankings.html

Last year the East Midlands Racketball Open was a sell out with a good spread of entries across all the grades. The Over 60's was the big one on the day with 19 players. Stephen Widdison finished off a great Racketball Series with victory against England No.1 David Worrall 2-1 in the final. The pick of the matches in the National Racketball doubles was the mixed final. The Broxbourne duo of Adam Grilli and Amber Marshall made a good start but in the end the experience and relentless placing from Patrick Osoborn and Zoe Mellis resulted in another title for the Woodford Wells pairing. The National Doubles was once again a fantastic day and a lot of fun!

2019 is the third year that UK-Racketball has run the National Racketball/ Squash57 Doubles. Last year the event ran as part of the UK-Racketball Series finals in Nottingham and was a great success. More than 100 competitors took part, it was a great atmosphere throughout the day. The Mixed Doubles final was arguably one of the best matches of the day with Patrick Osborn and Zoe Mellis retaining their title but Adam Grilli and Amber Marshall pushed them all the way taking the match to a deep tiebreaker in the 2nd.

In 2018 we started to run doubles events alongside singles events at some of our UK-Racketball Series events and this has been a huge success with some amazing doubles matches really capturing players imaginations. 2019 is set to be a big year for Racketball Doubles as we spread the word to new areas of the UK. ​

If anyone would like to play but don't have a partner please email mark@starsportsdevelopment.com several players are in this position so I will play match maker!
​National Racketball/ Squash57 Doubles Grades

The Nottingham Open Singles will run the same as a normal UK-Racketball event with the same grades and tournament structure as normal.

The Nottingham Open has been running since 2010 and is often one of the biggest events in the Series. The Nottingham tournament courts are superb, the bar is cozy and location central, this is going to be the perfect place to finish the biggest Series that we have ever run.

If you are unsure which category to enter please feel free to contact Mark Fuller directly on 07846067505 or email us at info@uk-racketball.com and we will be happy to advise you.
​

Nottingham Squash Club is one of the best Racketball centres in the country with 10 courts a gym which players can use to warm up and cool down and a lovely bar that overlooks the picturesque Park Estate. If you have time between matches Nottingham Castle and city centre are both within walking distance.

​For the past two years the club has hosted the National Racketball Championships. Close to the M1 the club is central and ideal for players to access from all areas of the UK.
​ 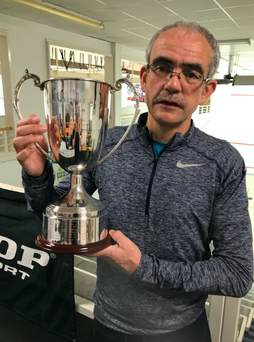 It was a busy, long and great day of Racketball/ Squash57 for the 2018 UK-Racketball Series Finals at Nottingham on Saturday. In total 120 competitors took part with 6 grades running in the National Racketball/ Squash57 Doubles and a further 6 events running in the Nottingham Open Singles. Matches started at 9.00 and it was a full 12 hours later that the presentation was being made to the overall Series Champion.

Stephen Widdison finished off 2018 in style with victory in both the Over 60's Singles and Doubles.