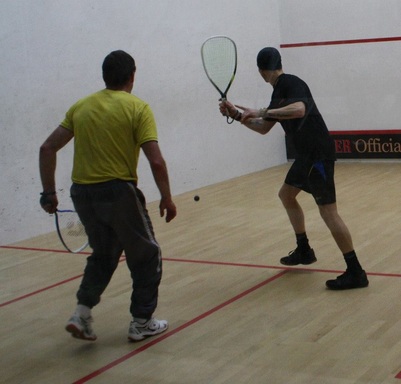 Saturday saw the Chichester Racketball Open return for the fifth year running, with 60 entries making it a sell-out event for all draws.

Top seed Bev Vatcher ranked 4 in England came through without dropping a game to win the event, with Debbie Hale as runner up after beating both Denise Loveless and Nurhasnah Jones 2-0.

The A grade draw saw some unfamiliar names progress through to the later stages of the tournament due to a few late withdrawals. The number 1 seed Billy Jones was defeated in both is open games of the group stages, first of all by Martin Nash and then again by Angus Bell, with Bell overcoming Nash in the group decider.

In group B the number 2 seed Adam Gilli overcame Mark Greenfield in a tough match ending 2-1.

The final was eventually won by Angus Bell who claimed his first ever UK Racketball title with a 2-0 defeat over Gilli. 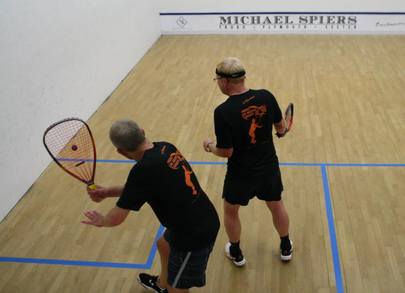 Top seed Lee Sadler made a good start to the tournament beating both Paul Bowes and Daniel Knights 2-0 before being beaten by Rob Lewis in the group A decider.

In group B Chris Earl currently ranked 84 in the UK came through as the winner, closely followed by Tim Knights.
Group C saw numerous withdrawals with Simon Jackson pulling out injured and an injury on the day for Steve Hack, leading to a straight shootout between Toby Henshaw and Rick Roddy, with Toby coming through as the winner.

Group D saw the top seed Andy Metcalf proceed through without dropping a game to go through to the semi-finals.
For the first semi-final it was the group A winner Rob Lewis who just got the better of Chris Earl to go through to the final. The second semi- final saw Andy Metcalf despite three hard matches already that day, overcame Toby Henshaw to set up the final which went on to be won by Rob Lewis from Bexley.

In group B Mark Banfield, the groups number 1 seed, won both of his group stage matches to take him through to the final draw.

Group C saw Racketball veteran Steve Wall come through after predictably not dropping a game in any of his matches.

In the finals group, Patrick Osborn started well with a win over Mark Banfield, as did Steve Wall, setting the pair up for the final deciding match. With Osborn currently ranked 2 in England and Steve Wall currently ranked 4; it was always going to be a tight game, but after a hard match Osborn came through to win, claiming yet another UK Racketball title. 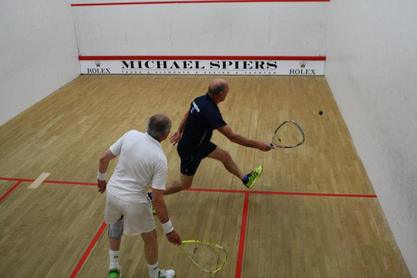 For group A it was a tight contest between top seed Andy Mitchell, currently ranked number 3 in England, and local lad Chris Lock who is unseeded. In the end it was Chris Lock who came through with 8 points after winning all his matches, to progress through to the final.

Similarly in group B, the top seed failed to progress past the group stage with David Mudge first being defeated by David Thomas the number 2 seed for the group and then by Graham Greensall. Greensall has had a tough time of it in the UK Racketball series, however for Chichester he was on top form. He came through all 3 group matches with a win, despite dropping a game to higher seeded players, David Mudge and Robert Thomas.

In the final Greenfield didn’t have enough to overcome Lock, leading him to yet again being a UK Racketball series runner up and Lock coming through as the eventual winner.


It was a brilliant turnout at Chichester for the fifth year in a row, hopefully we will be returning again next year. Once again the feedback from all the competitors was that this is one of the nicest clubs in the series.
​

The draws and schedules have now been done for the Chichester Racketball Open.
Please see the PDF's below.
The PDF labeled schedule has everyones match times on.
If anyone has any problems please call me on my mobile as soon as you can, 07846067505.
It looks like it will be a great days racketball with a full event and waiting list.
​Best of luck to everyone taking part!​

Chichester Racquets and Fitness Club is hosting the eight event in the 2015 UK-Racketball Series on 31st October. 2015 will mark the fifth annual running of the event, after four extremely successful years. With only 60 places available and anticipated high demand, do not delay in securing your entry as soon as possible! 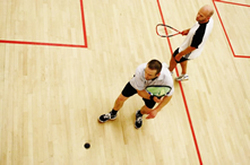 For more information, contact Mark Fuller at mark@starsportsdevelopment.com or call on 07846 067505 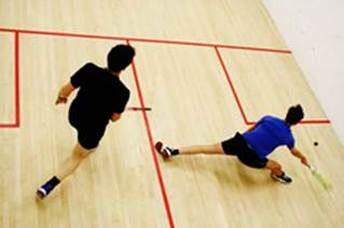 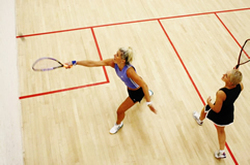