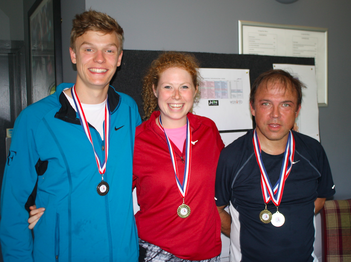 A sunny day at Northumbria Club today was the first time that the Series had run in the North East. A large local entry sought to take on some of the UK’s best on home turf. Northumberland was the 4th event in and the Series and after the first three the Series Rankings are beginning to take shape. Stephen Widdison has taken an early lead but both Graham Greensall and Richard Davies have the chance to move up to second place if they claimed titles today.

The Over 40’s was the first grade to finish and it went the way of Michael Wardle. Due to injury Wardle has been unable to compete since the Nationals but you couldn’t tell today as he dispatched all opponents 2-0. Local player Glen Minter took the second spot in his first tournament.

Northumberland players dominated the B Grade. Finlay Nelson was unbeaten in Group A but was pushed hard by local favorite Shiv Padary. Rebecca Symmons secured Group B without dropping a game to set up the all locals final. Symmons took the first comfortably moving the ball around well and making few error but  Nelson picked up the pace in the second moving faster and taking time away from Symmons, taking the second to level the match 1-1. The deciding game was nip and tuck but Symmons had the better start and managed to maintain her lead, taking the match 2-1 and her first UK-Racketball Title. 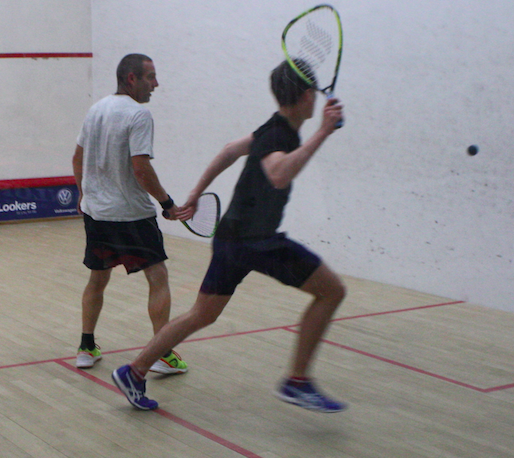 Series regulars Richard Davies and Jason Russel were seeded to reach the final in the A Grade but both came unstuck against local star Max Forster. Forster moved the ball into the front relentlessly and it looked like both veterans were waiting for errors that never came. Davies had the better chance and was unlucky not to take the first game against Forster but despite taking a solid 7-3 lead Forster didn’t lose focus belief and saw the match through 11/9, 11/9. This was Forsters first title but it would be surprising if it was his last. Definitely someone who could take on Ted Jeal.

Amerlia Dacosta Evans was one of the youngest players to take part in a UK-Racketball Series event but was outmatched by Series regular Tanya Ruff and local Rebecca Symmons. Victory in the Women’s gave Symmons her second title of the day and made it Ruffs second, second place of the Series so far.

The Over 50’s was missing a few big names leaving the tournament more open than usual. Michael Wardle was returning after an injury layoff but started strongly with victories first over Mike Fleming and then Richard Finney in the groups but didn’t stop there. In the semi finals he defeated Group B runner up Paul Dodds and the Group B winner Shiv Pabary in the final. Two titles for the returning Wardle and a big jump up in the Series rankings.
It was competitive all the way through in the Over 60’s. In Group A no.1 seed Stephen Widdison suffered an early defeat to Peter Fielding. In Group B no.2 seed Graham Greensall was unfortunate not to close out either of his matches with defeats to both Peter Carter and Collis Sheik 2-1. Widdison defeated Graham in the quarters but did not have enough to overcome the challenge from Sheik in the semis. Fielding retained his strong run of form in the second of the semi finals with victory over Carter.  The final match of the day was between both group winners allowing for a level playing field with both competitors taking part in an equal number of matches throughout the day. Sheik proved the stronger in the two at the end of a long day and after a strong start he didn’t look back running out a comfortable 2-0 victory.

Next up for the UK-Racketball Series is Hallamshire. The home of Nick Matthew and one of the best club’s in the country this is an event not to miss. Doubles is back and limited to the first 8 pairs that sign up. Follow this link to add your name to the hat - http://fantasysquashshop.com/events/uk-racketball/the-hallamshire-racketball-open-event-4-of-the-2018-uk-racketball-series-28th-july-2018.html 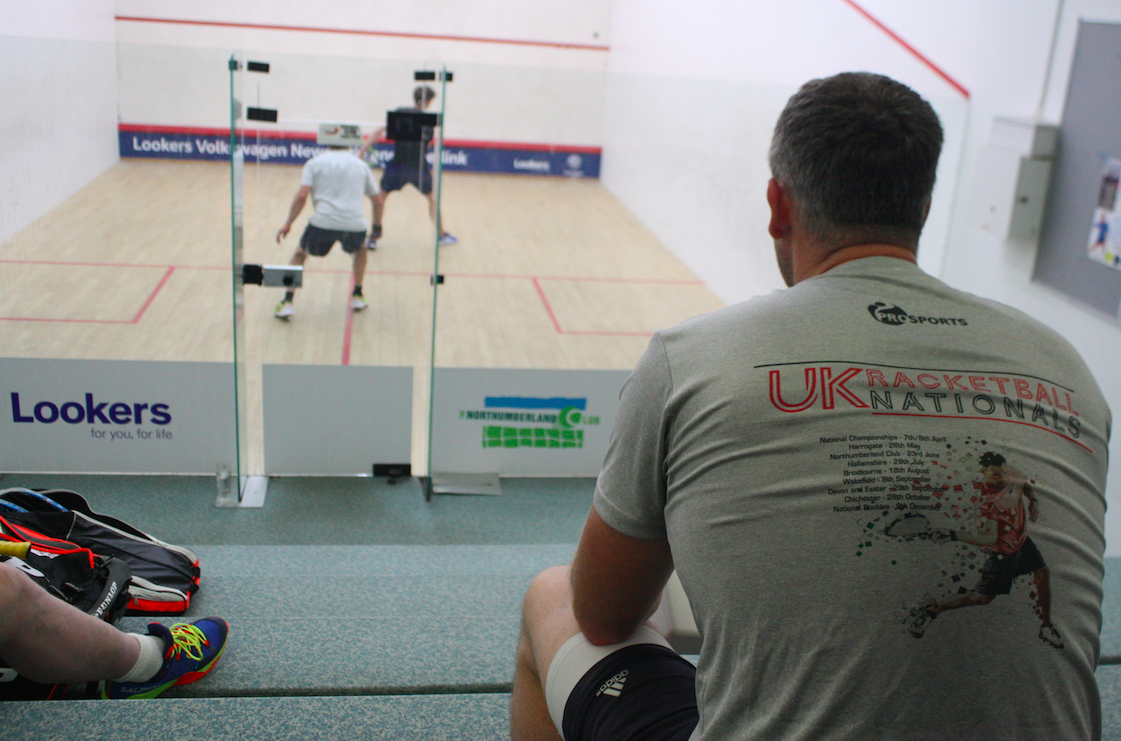 Open the top file to view the schedule.
Open the draw files to see any changes that have been made. These have all been updated on Thursday 21st June. If anyone has any problems please contact me as soon as possible - mark@starsportsdevelopment.com

All matches are best of 3 games to 11 PAR scoring, unless "best of 5" is recorded on your draw. This is only done when a grade has multiple groups of different sizes. This should mean that all competitors have the same number of games.

WINNERS REFEREE THE NEXT MATCH ON THE COURT THEY PLAYED ON - If you have a match scheduled for straight after your match please notify the tournament organiser before the first match so that they can organise a different referee.

The winner of the group is the player who has scored the most points. In the case of a draw the group is decided by the following in descending order. Number of conceded points, most matches won. If these are also even the group will be decided by a one game playoff, this will be between all players who are level.

Open the files below to view the draws. The schedule will be released tomorrow.

Open the file below to see the entry list for the up and coming Northumberland Open. If anyone has any issues please email me mark@starsportsdevelopment.com - Draws to follow tomorrow with tournament information. 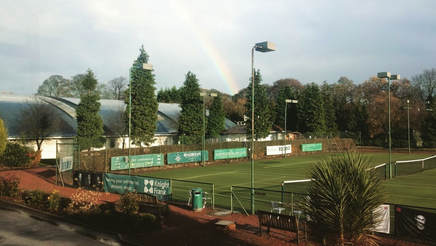 This is the first year UK Racketball has been to the Northumberland Club. It will give some of Englands best players the opportunity to take on rivals from just north of the boarder. This club has top class facilities including a glass back court that seats 100 spectators and a classy bar for anyone who wants to settle any post match blues over a social drink. 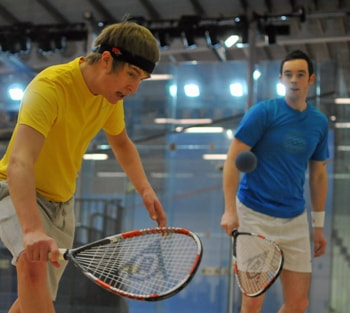 The Northumberland Club boasts 5 of the best squash courts in the region including one glass back court that can seat 100 spectators. All the courts are maintained to a high standard which is perfect for competition play thanks to a regular a maintenance plan. A recent development plan is underway to increase the number of playing courts avaliable at the club.