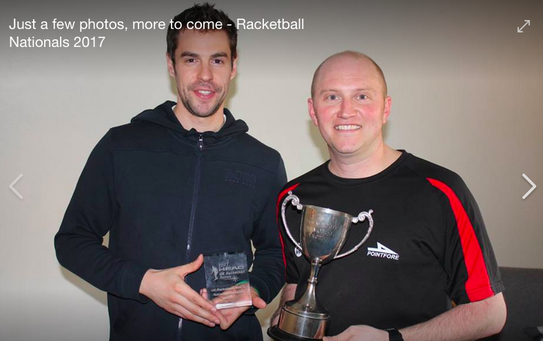 Murrils is one of the fastest squash players in the world making him one of the best retrievers on tour. Vail however loves the challenge of taking down the full time player who can run forever and this time was no different. In the end Murril’s speed and tenacity was no match for Vail’s Knowledge of where to hit the ball and when. Vail added a 9th National Racketball Title to his collection giving him the most National Racketball Titles on record. 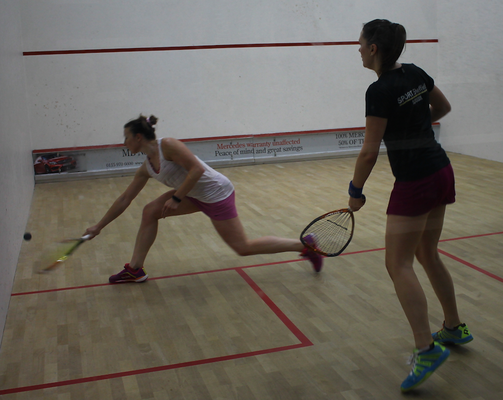 ​The women’s draw was a 5 person box league round robin. Charlotte Elgood defeated Vicky Toates who battled hard all weekend. Elgood however did not have enough to overcome the challenge of Jess Mudge in the following round. The young player from Devon showed off some impressive shots to take the match 3-2 in the closest of the ties in the women’s draw.

The match itself was even down the Parslow forehand Lawrence backhand but it was a different story down the other flank. Lawrence hits the Racketball harder than any other woman on her forehand and this is exactly what she started to do against Parslow. Whenever the length was short she could wind up and then either pummel the back with a hard low drive or take the ball into the front with a boast or stab kill. Parslow fought hard and managed to take the 3rd game but after a good start from Lawrence in the 4th she never looked back, claiming her 3rd National Racketball Title.