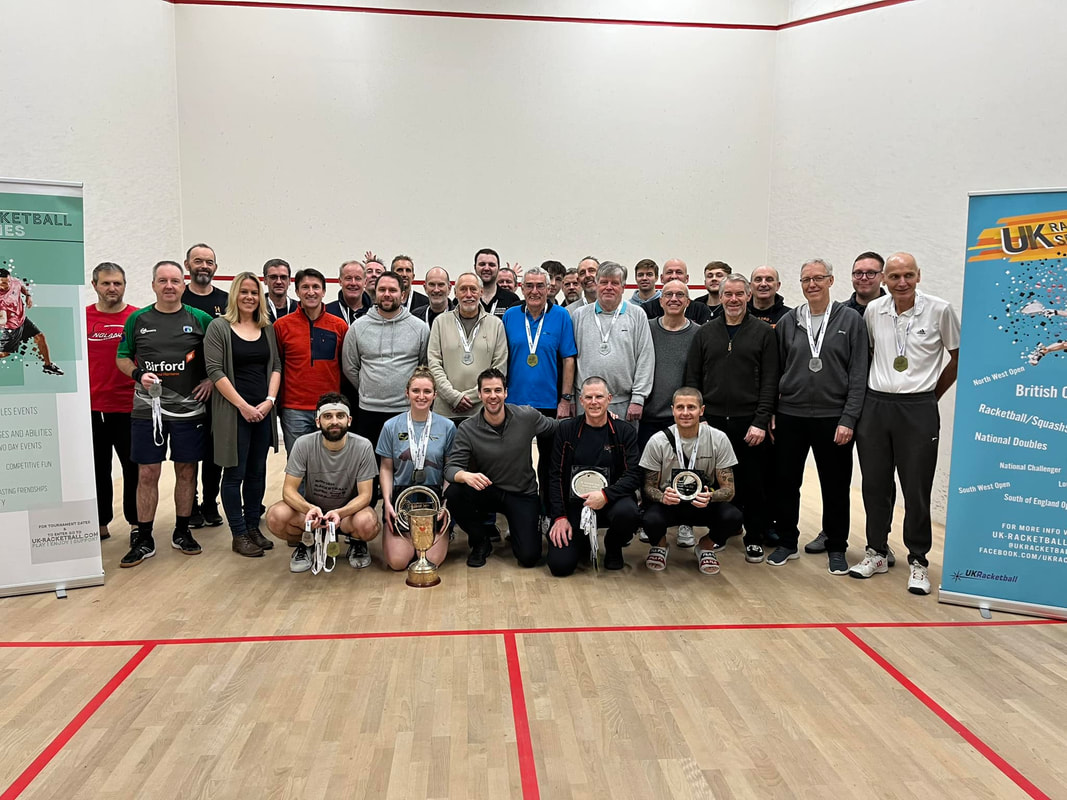 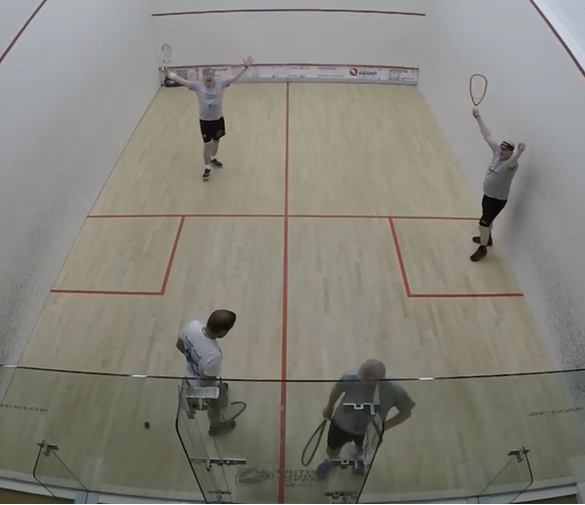 The final event of the 2022 UK-Racketball Series took place in Nottingham on Saturday the 3rd of December and this year the Series Finals and National Doubles was our 100th UK Racketball event!

This UK Racketball event didn't disappoint, with some brilliant battles across all the Categories and the Doubles. There were upsets, first ever doubles game wins for some pairs and sore bodies all round. Finished off by celebratory cookies, pizza and beers at our post event player's party!

​Starting off with the National Doubles event, there were some really great matches throughout the day. The top 2 seeds in the Open event Luke Bishop and Amber Marshall, and Paul Norton and Craig Chappell ended up meeting twice in tournament, and both matches did not disappoint. Both matches went right down to the wire, with some of the best attacking Doubles Racketball we have seen yet in our events.
In the end Norton and Chappell managed to battle through both times 2 games to 1, with the Final being 11/9 in the 3rd.

The Mixed event did not disappoint either, with three really strong pairings taking part. Mixed Doubles experts Patrick Osborn and Zoe Fennell were always going to take some beating, and they proved this as they pushed other event favourites Marshall and Bishop right the way through a 5 set thriller. The left/right hand combination providing some brilliant variations of play.
Bishop and Marshall are no doubles slouches though, and having played together for a number of years now know each other's game patterns really well. They managed to stay strong enough throughout to see the other pair off 11/8 in the 5th game in another really high quality encounter.

Both of the above matches were streamed live and the video can be found on our UK Racketball Facebook page here: https://fb.watch/heNxwB8jDD/

The other Doubles categories had some really entertaining games too, notably in the O60's where Fielding/Clarke managed to win their first ever game as a Doubles pairing, with none other than a perfect corkscrew boast winner at game point from Fielding to seal it!

(The moment of corkscrew victory for Fielding/Clarke captured on camera above!)
Full results from the day can be found on Sporty HQ here: 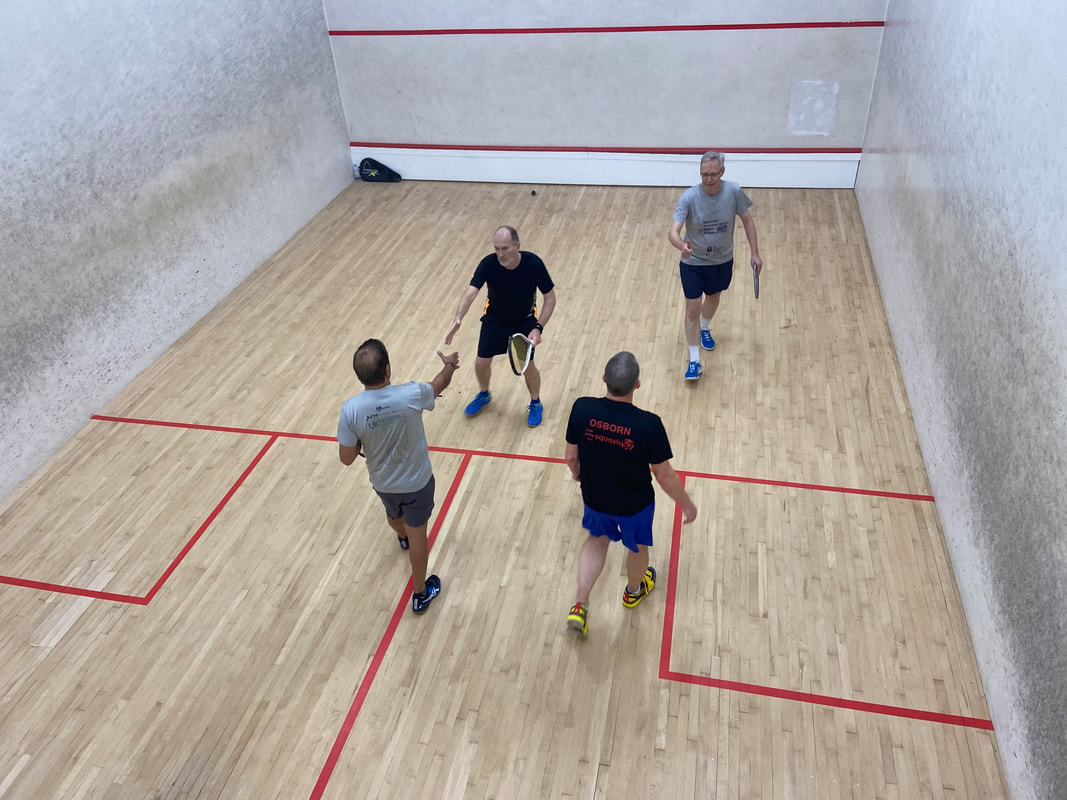