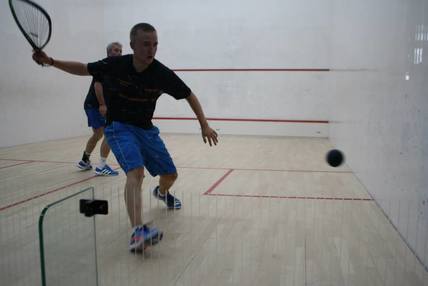 On Saturday the Head UK-Racketball Tour travelled to one of the countries best racketball centers for the 4th event of this year’s tour.

The feedback from the competitors was very positive with many relishing in the opportunity to play in one of the countries most famous clubs and home to Commonwealth Games star Nick Matthew.

PHOTOS: As always all our photos can be viewed or downloaded from our facebook page, follow this link to see all the photos from the day's play!

The biggest grade on the day was once again the B grade and with a good mix of Series regulars and new comers from the host and surrounding clubs.


Group A was won by Alan Voyce who defeated Thomas Swinden 2-1 in the group decider. Group B was similarly well contested with local boy Luke Haslam narrowly overcoming Wayne Scott before being beaten to a place in the semi finals by Mark Burnley. Tom Hudson booked his place in the semi finals without dropping a game in group C. With one semi final place left to book it was Kasey Hall who made it past the biggest group of the B grade without dropping a game, Hallamshire legend Tom Murton finishing in second place with 6 points.

Both semi finals were tight affairs with Mark Burnley defeating Alan Voyce 2-1 and Kasey Hall overcoming Tom Hudson by the same score line. In his sixth match of the day and his second three setter of the knockout stages it was Kasey Hall who once again came through to claim a UK-Racketball Series title, again winning on the deciding set. 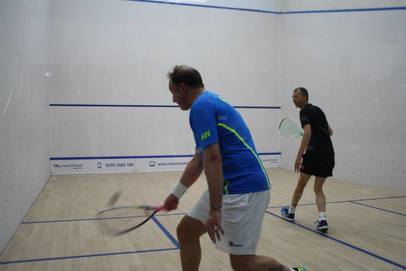 The over 40’s was all decided in one big group resulting in four tough matches for all involved. All competitors came away with points, Brenden Bennett taking both Andy Wood and Wayne Scott to deciders and finishing on two points. John Birch-Hurst finished on four points with Wayne Scott coming in a close behind on three.

The grade was decided by a match between Series veteran Andy Wood and local legend Jason Fearn. Wood is currently ranked at 8 in the country and has plenty of titles to his name but anyone who knows Fearn knows that he is not someone who will go down without a fight and has amassed plenty of experience winning titles at Hallamshire. In the end Fearn’s fitness and error free racketball saw him through 2-0 in what proved to be the decisive fixture of the group. 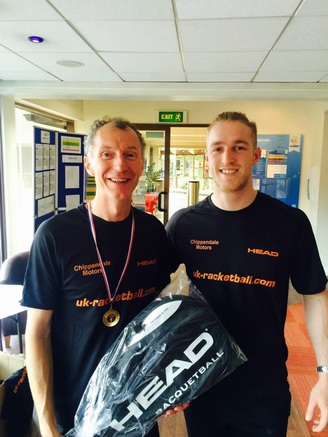 The women’s was made up of one big group played in a round robin format. Claire Hambleton came through victorious against both Helena Lawrence and Christine Baldwin but in both matches she was taken to a decider. Lawrence and Baldwin in tern had a close encounter for third place in the group, with Lawrence eventually winning 2-1. In the deciding fixture of the group it was ever improving Nina Parker who claimed victory and the title beating Claire Hambleton 2-0.

The A grade was as expected a very high standard. Neil Baldwin failed to achieve much success against any of his higher ranked opponents but fought hard all day. Nick Bond finished in third place failing to make it past local star Dan Lawrence in a tough 2-0. In the end though the grade was only going to have one winner with newly ranked England Number 4 Ollie Turner dropping just one game in the day to Nick Bond. Another UK-Racketball Series title to add to his growing collection.

It was another great day’s racketball at Hallamshire. Next up for the Head UK-Racketball Series is a return to Nottingham for the 6th year running on the last Saturday in August. 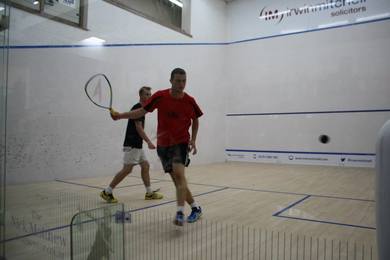 In the over 50’s all eventual group winners made it through the group stages without dropping a game. Michael Wardle saw off both Richard Harvey and Peter Legg 2-0 in group A . Group B was an interesting battle for second place with Paul Halstead over coming both Mike Fleming and Charlie Graddon. Group C saw a three way tie for second place with Lee Sadler defeating Gary Culverwell only to be in turn beaten by Simon Studholme who ended up being beaten by Culverwell with all matches amazingly finishing 2-0.

In the finals group Stuart Ferguson had a close battle with Malc Bramley eventually closing the match out 2-1 but in the end it didn’t matter with neither player able to overcome Michael Wardle who finished the day Over 50’s winner without dropping a single game.


With the exception of Stuart Perkins group A was a battle between the Series regulars. Michael Keogh defeated Stephen Uttley 2-1 but both were unable to overcome Perkins. The group’s eventual winner was Graham Greensall who once again progressed through to the knockout stage but he was pushed all the way by Perkins eventually coming through in a tight 2-1.  Group B also saw the top seed Richard Waller progress through but he was once again pushed to a decider this time by Jez Horrocks.

The final of the over 60’s once again featured Graham Greensall but in what is becoming a pattern he was overcome at the final hurdle this time by Waller.

Make sure that you click on the relevant links below.

The Hallamshire Racketball Open is set to be another good UK-RB Series event with over 50 players signed up.
Check out the entry list below to see who is playing.
Follow this link to see when the draws and schedules are due to be released! 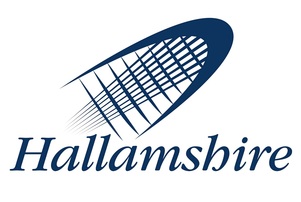 Hallamshire Tennis and Squash Club is an obvious choice as a venue for a UK-Racketball Series Event.

Hallamshire is home to squash legend Nick Matthew and players taking part in this years racketball open will have the opportunity to play on the Nick Matthew Championship Court.

The club has hosted the National Junior Championships since it was founded 4 years ago and will do so again this year. The number of home grown winners is testimony to the strength of the clubs junior section.

As this is the first event that we have ever run at Hallamshire expect a big local entry. If you are interested in this event then we recommend that you enter early to avoid disappointment. 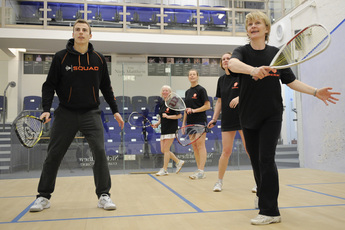 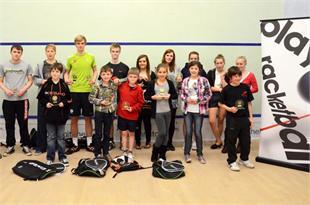 Hallamshire Tennis and Squash Club has first class facilities. 9 squash courts. 8 outdoor tennis courts and 4 indoor courts. A modern gym and lovely bar area.
The bar will be open throughout the day with hot food available for most of the day. 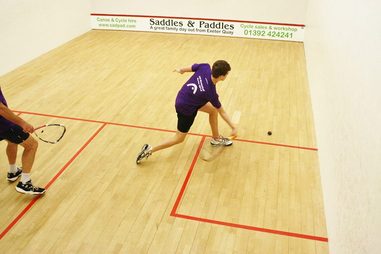