The Rules of racketball 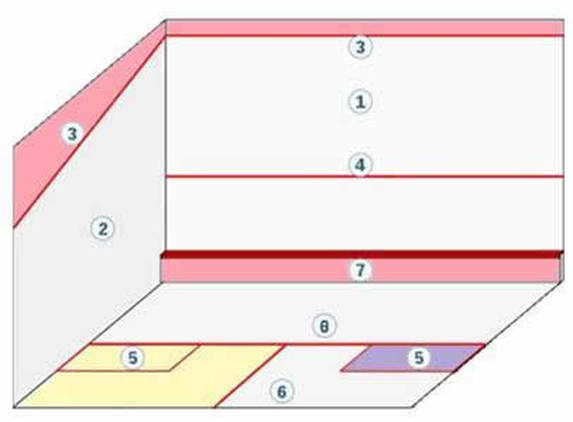 The following is a brief summary of the main rules of racketball as they have been laid out on www.englandsquashandracketball.com.

1. Racketball equipment
Racketball is played between two players on a squash court using a standard racket each, and a ball approved by England Squash & Racketball.

3. How to win points
Points can be scored byeither player. When a player fails to serve or to make a good return, in accordance with the rules, the opponent wins the point. When the Receiver wins a point, they become the Server and add one to their score.

4. Service
a. The right to serve is decided by the spin of a racket or coin. Thereafter the Server continues to serve until they lose the point; the opponent then becomes the Server.
At the beginning of each game and each hand, the Server has the choice of serving from either service box and shall thereafter alternate for as long as they score points and remains the Server.
c. The ball, before being struck, shall be dropped or thrown on to the floor, without touching the wall; it must be served direct on to the front wall (1) between the tin (7) and the out of court line (3), so that on its return, unless volleyed, it falls to the floor within the back quarter of the court opposite to the Server’s box (coloured in yellow).
d. A service is a fault:
(i) If at the time of striking the ball the Server fails to have at least one foot in contact with the floor within the service box (coloured in purple), and no part of that foot touching the line surrounding the service box (called a foot-fault ).
(ii) If the ball touches the back wall before touching the floor. It may touch the side wall (2) before touching the floor. A ball which strikes the back wall and floor simultaneously is a good service.
(iii) If the ball first touches the floor on or outside the short or half court lines (8) delimiting the back quarter of the court required in Rule 4©.
(iv) If it is not bounced on the floor before serving

5. Play
After a good service has been delivered, the players return the ball alternately until one or other fails to make a good return, or the ball otherwise ceases to be in play, in accordance with the rules.
NB: If any part of the ball touches the out of court lines (3) or the tin (7), the ball is deemed out. Similarly, if the ball bounces on the short line (8) from a service, the serve is deemed a fault.

6. A Good Return
A return is good if the ball, before it has bounced twice upon the floor, is returned by the striker on to the front wall above the tin (7), without touching the floor or any part of the striker’s body or clothing, provided the ball is not hit twice or out.

7. Lets
A Let is an undecided stroke, and the service or rally in respect of which a Let is allowed, shall not count and the Server shall serve again from the same box. A Let shall not cancel a previous first fault which was not taken by the Receiver.
(a) A let may be allowed:
(i) If, owing to the position of the striker, the opponent is unable to avoid being touched by the ball before the return is made.
(ii) If the ball in play touches any article lying in the court.
(iii) If the striker refrains from hitting the ball owing to a reasonable fear of injuring opponent.
(iv) If the striker, in the act of playing the ball, touches opponent.
(v) If the Referee is asked to decide an appeal and is unable to do so.
(vi) If a player drops the racket, calls out or in any other way distracts the opponent, and the Referee considers that such occurrence has caused the opponent to lose the stroke.
(b) A Let shall be allowed:
(i) If the Receiver is not ready, and does not attempt to take the service.
(ii) If the ball breaks during play.
(iii) If an otherwise good return has been made, but the ball goes out of court on its first bounce.

10. Warm-Up
Immediately preceding the start of play, a period not exceeding five minutes shall be allowed on court for the purpose of warming-up. 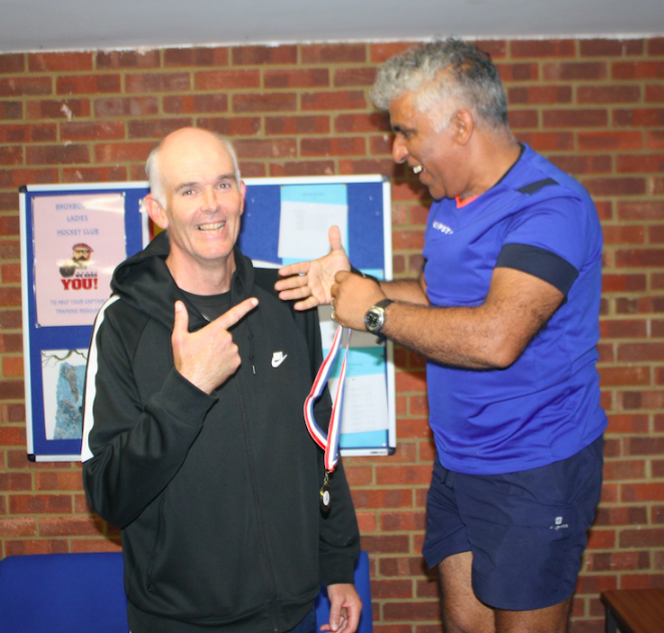